A Metro East animal rescue shelter wants to clear its kennels for the Thanksgiving and Christmas holidays, hoping animals can trade in their kennel for a temporary loving home.

Check out this amazing video of a water rescue in California.

Check out this amazing video of a water rescue in California.

Some harrowing moments caught on camera after a car crashed into a canal in Florida.

Some harrowing moments caught on camera after a car crashed into a canal in Florida.

ST. LOUIS (KMOV.com) -- Stray Rescue of St. Louis has more than 50 pets available for adoption this Saturday for its "FALL in Love" adoption event.

Carole Baskin is not happy about Tiger King 2.

In court docs obtained by ET, Carole and her husband, Howard Baskin, are suing Royal Goode Productions, LLC, and Netflix for using footage of them in the upcoming sequel series. The two allege that they believed the initial appearance releases they signed for the first series "would limit Royal Goode Productions use of footage of the Baskins and Big Cat Rescue to the single, initial documentary motion picture." They “believed that any sequel – though odious – would not include any of their footage."

They are asking for footage of them to be removed from any upcoming sequels, promos, ads, etc., as well as money to recover their court fees, and other "further relief as this court may deem just and proper." Netflix had no comment at this time.

The Baskins also initially filed a temporary restraining order to halt the release of the show, which was quickly denied by the courts. U.S. District Judge Virginia M. Hernandez Covington writes, "Here, the Court is not convinced at this juncture that the Baskins’ anticipated injury — including injury to their reputations — if the previously obtained footage of them is used in the new documentary qualifies as irreparable. An injury is ‘irreparable’ only if it cannot be undone through monetary remedies.'"

"While the Court understands the Baskins' frustration, it does not appear that inclusion of Defendants' footage of the Baskins will cause any immediate harm that cannot be compensated with monetary damages," the county documents state.

Viewers first met Carole, the founder of Big Cat Rescue, in the first season of Tiger King. In the series, Joe Exotic and others accused Carole of being involved in the disappearance of her ex-husband, Don Lewis, a claim which she denied. Joe Exotic is currently serving a 22-year sentence for the 2017 murder-for-hire plot to kill Carole, as well as for multiple violations of wildlife laws.

Last month, Netflix announced Tiger King 2. The first trailer showed Carole, Joe, Jeff Lowe and more dealing with the sudden fame brought on from the documentary, as well as the unwanted attention from the authorities who unearthed some insightful revelations.

The conservationist, on her end, is sharing her side of the story in Carole Baskin's Cage Fight, where she is bringing viewers inside the battle for animal rights and the protection of big cats. The docuseries will also show her investigation into the G.W. Zoo, which previously belonged to Joe Exotic, and then to his former business partner, Jeff, before being awarded to Carole by the courts. She later sold the property. 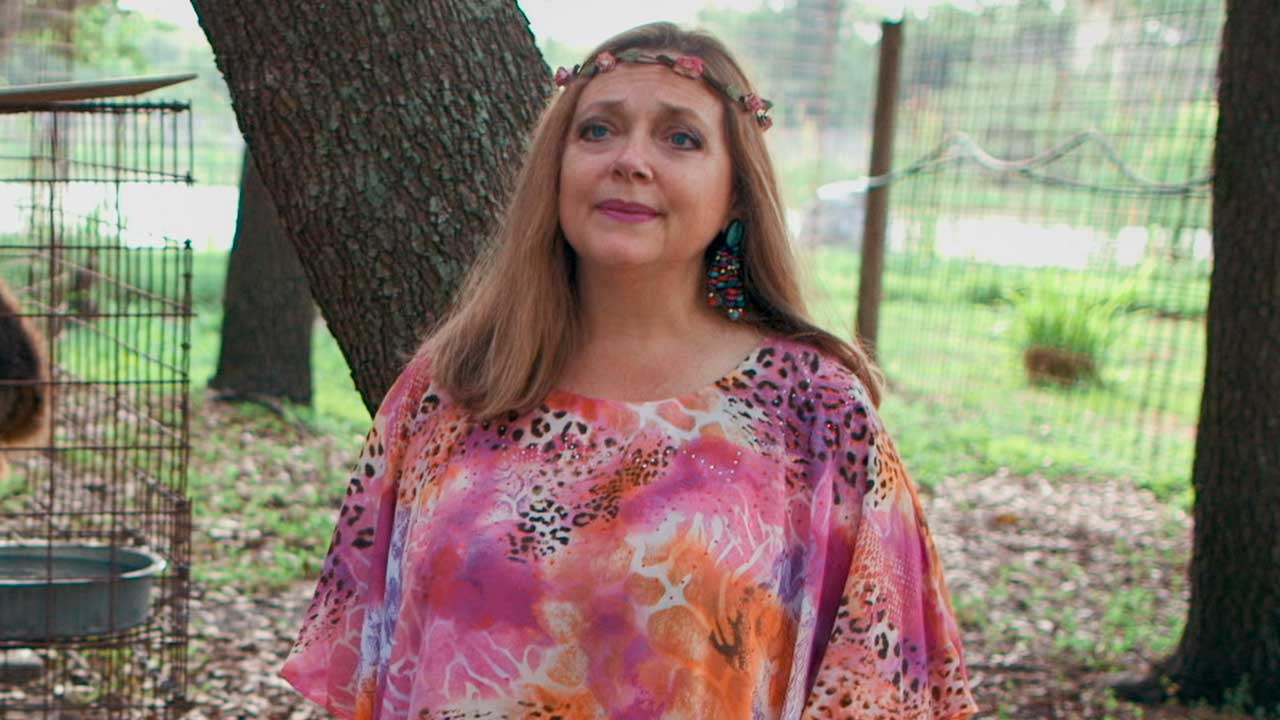 US Border Patrol recorded more migrant deaths on the US southern border in fiscal year 2021 than in any prior year on record, according to data shared by the agency Thursday.

Pet of the Day

Pet of the Day: Russell

I'm a Jack Russell/Corgi mix and my name is Russell... Get it?!

A statute of Thomas Jefferson is seen on the left in New York City Council chambers as Mayor Bill de Blasio conducted business in the room.