Nicolas Cage is getting some real recognition for his latest film, Pig. The celebrated star walked the red carpet at this year's Gotham Awards, and opened up about the critical love for his indie drama.

Cage joined co-star Alex Wolff at the star-studded show in New York City and the pair spoke with ET and reflected on the praise both the film and Cage have gotten since the movie released to rave reviews.

In the film, Cage plays a former chef who has left city life behind to live in seclusion as a truffle hunter in the Portland woods. One day, Rob is attacked and his prized truffle-hunting pig is stolen. Rob returns to the city to find his pig, and must face the pain and memories that drove him from society in the first place.

"Rob is an epicurean contending with loss, which many people, especially now, know, at a time like this with what we've all been through," Cage shared. "I think that's what resonated with some folks."

The film has been met with incredibly positive feedback, both for the emotional depth of the story and for Cage's quiet and nuanced performance as a man saddled with the weight of immeasurable grief.

Wolff -- who plays Cage's friend and business partner Amir in the film -- had nothing but praise for the Oscar-winner, and said that the Academy should consider him yet again for this latest performance.

"I really, really think and pray that he deserves an Oscar for this movie," Wolff shared. "Unbiased, I was there watching it. And that fact that it's been 25 years [since he won his Oscar] is a huge, misguided decision on the Academy's part."

With Pig getting so much recognition -- including a nomination for Best Feature at this year's Gotham Awards -- it is possible that buzz could grow into real recognition for Cage at nest year's Oscars.

"Any kind of enthusiasm is always welcome," Cage shared. "But the reality is, it's all about telling stories that communicate with the people. And I think this movie did, and that's what we brought, and that's good enough for me."

Nicolas Cage and His Wife Pose for First Magazine Cover Together 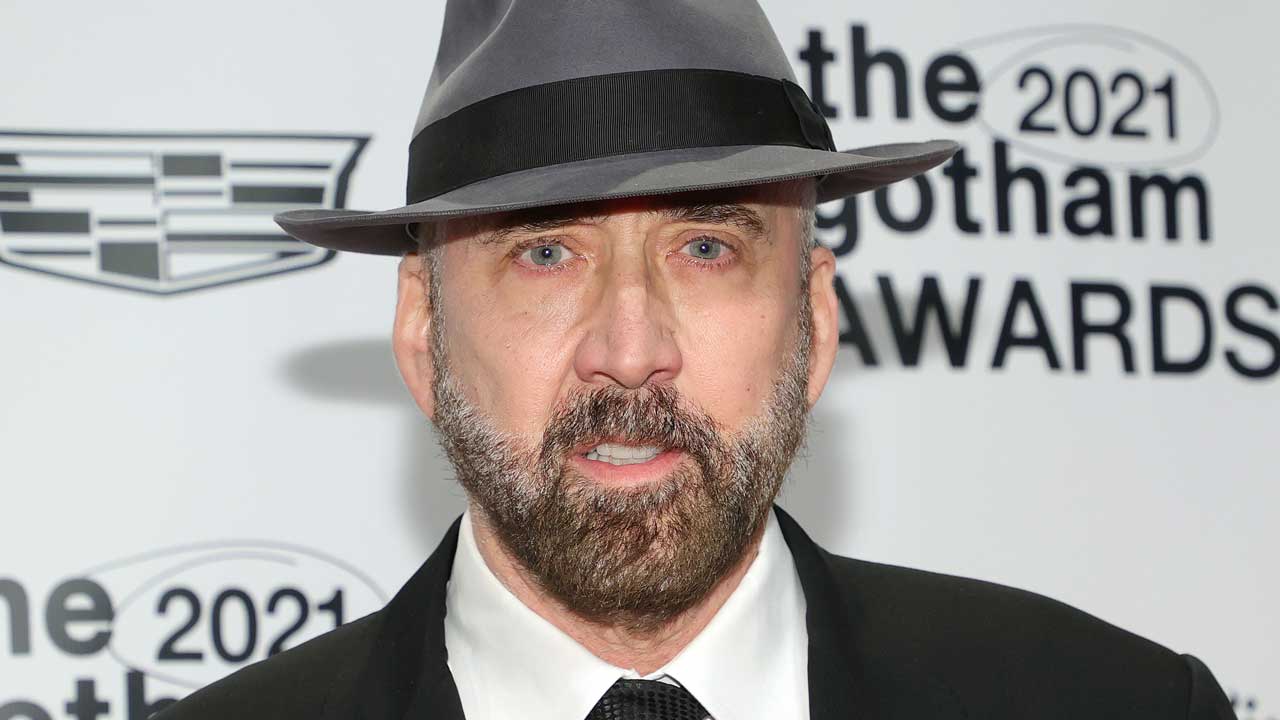 Hasbro says its toys will be ready for the holidays, despite the supply chain crisis

Peppa Pig toys are shown in Nuremberg, Germany in January 2020.

Pork, much like everything else these days, has gotten more expensive due in part to the supply chain issues and inflationary pressures spurred by the pandemic.

Move over Dalmatians – it’s a little baby pig who's taking the spotlight at one New York City fire house in Brooklyn.

Move over Dalmatians – it’s a little baby pig who's taking the spotlight at one New York City fire house in Brooklyn.

A semi carrying more than 700 pigs overturned and closed the entrance ramp onto westbound I-64 from I-270 in West County.

An Olympic runner was banned after testing positive for a steroid. She believes it's a false positive from a pork burrito

The cast of Friends aren't the only celebs that fans will see at the show's upcoming HBO Max special. Stars like David Beckham, BTS, Lady Gaga, Reese Witherspoon and more will all make an appearance -- which Lisa Kudrow said was "a little intimidating." "It was really thrilling, a little intimidating, and then thrilling," Kudrow told ET's Nischelle Turner, "because they like Friends so much." Some stars, like Witherspoon, appeared on Friends during its run from 1994 to 2004, while others feel connected to the show for other reasons. BTS' RM, for example, credits the show for helping to teach him English. The special will serve as a stroll down memory lane, but Kudrow's favorite part was just being with her friends. "Shooting that, shooting any of it, being in the same room with these people and getting to hug them [was my favorite]," she gushed. Friends: The Reunion is available to stream Thursday on HBO Max. And next week, Kudrow's animated series, HouseBroken, will debut on Fox. The show, created by Jennifer Crittenden, Clea DuVall, and Gabrielle Allan, follows an anthropomorphic therapy dog named Honey (Kudrow), who explores human dysfunctions and neuroses by applying her knowledge of psychiatry through leading a group of other anthropomorphic neighborhood animals in group therapy sessions."Honey is elegant, very smart, sophisticated, compassionate," Kudrow quipped. "Please start laughing 'cause you know I'm not serious.""Even though this is a show about talking animals, we still wanted it to feel as silly as it gets, we still wanted there to be a depth and a groundedness to it and I think Lisa is able to ride that line," DuVall added.DuVall plays Elsa the corgi, while George Clooney's pet pig, Max, also makes an animated appearance. "It's just one of those weird celebrity facts that I feel like everyone just knows... He just seems like he would be such a funny character in this world," DuVall said. "Like, the ego he would have from being George Clooney's pig -- we just thought that would be a really fun person to have." HouseBroken premieres Monday, May 31 at 9 p.m. ET/PT on Fox. RELATED CONTENT: ‘Friends’ Reunion Trailer: Watch the Cast Laugh and Cry on the Famous SetThis video is unavailable because we were unable to load a message from our sponsors.If you are using ad-blocking software, please disable it and reload the page.How to Watch 'Friends: The Reunion': Release Date, Trailer and MoreBTS Teases ‘Friends’ Reunion AppearanceStreaming 'Friends': How a '90s Sitcom Became Gen Z's Favorite Show