Erin Little says goodbye to the KCTV5 morning team, as she transitions to the position of Chief Meteorologist!

Friday morning is Erin Little's last day on the KCTV5 morning show, but don't worry! She's not leaving. You'll just be able to watch her at a different time.

The Independence Police Department is investigating a shooting that left one person critically injured this morning.

The fire burned so hot that the Missouri Department of Transportation had to be called out to check the structural integrity of the bridge. Until MoDOT gives its approval, all westbound I-70 traffic into the city is being diverted onto the 18th Street exit just south of the scene.

Police looking for vehicle believed to be connected to shooting

PINE LAWN (KMOV.com) -- St. Louis County Police are looking for a vehicle believed to be connected to a shooting Sunday morning.

The tourist attractions you can't visit in 2022

Stalheimskleiva is in the Voss region of Norway.

Travel to the Caribbean during Covid-19: What you need to know before you go

You'll find Bimini Big Game Club and Marina on North Bimini, which is off the coast from Miami, Florida.

Blake Shelton Calls His Wedding to Gwen Stefani the 'Greatest Gig I Ever Had!'

Martial bliss and good vibes. Blake Shelton is still overjoyed thinking back to his gorgeous wedding with Gwen Stefani.

The Voice coach sat down on Monday with Ellen DeGeneres, and opened up about his fun, intimate nuptials on his ranch in Oklahoma in July.

Shelton joked about how he let his then-bride-to-be take the reins when it came to wedding planning, and he just tagged along -- even when he got criticized for it in the press.

"I was saying in an interview, 'Well, I'm letting Gwen do whatever she wants for the wedding.' And then some writer wrote, 'Oh, look, he's already a lazy deadbeat husband,'" Shelton recalled. "But the truth is, I am."

"But it was all her idea, her vision," he said of the wedding itself. "All I had to do was drink and kiss Gwen Stefani. It was the greatest gig I ever had!"

After looking back at the event -- and admitting that he "purposely did not invite Adam Levine" to the wedding, because he just thought that would be funny -- he said the event really only included a handful of people, including those working the event.

"[It was] less than 30 people total. It was awesome," Shelton said. "It was exactly what it needed to be."

With Christmas around the corner -- which marks the first as a married couple -- Shelton explained how, year after year, he's told Stefani not to get him anything, because he doesn't really need anything. Then, without exception, Shelton wakes up Christmas morning with a mountain of gifts with his name on it -- and not much in the way of presents for her.

So, this year, he's making sure that doesn't happen again.

"I had to get on the phone this morning with this internet company because they thought it was credit card fraud," Shelton shared, explaining that he's truly going overboard when it comes to presents.

"I'm getting her a bunch of stuff," he added. "I don't know if she's going to like any of it, but it's gonna look good in the wrapping paper."

For more on the cute couple, check out the video below. 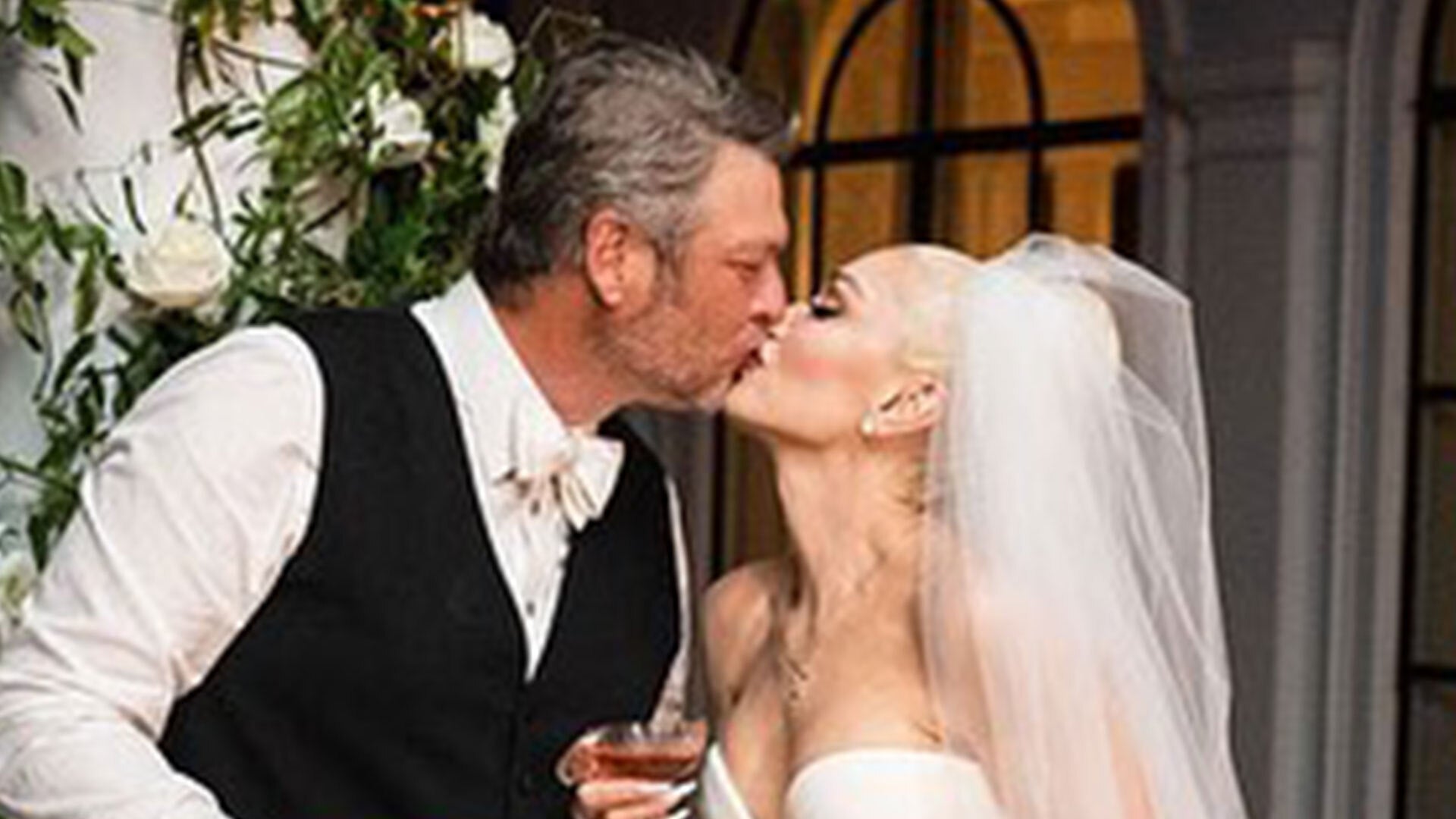 Not one but an entire group of Santas showed off their dance moves in Clayton Friday morning.

Man hospitalized after shooting in Ferguson

Police are investigating a Friday morning shooting in Ferguson.