Looks like Usman has found love again after his split from "baby girl Lisa." The trailer for the upcoming season of 90 Day Fiancé: Before the 90 Days dropped on Monday and features Usman's surprise return, and he is once again romancing a significantly older American woman.

Cameras previously followed Usman's relationship with Lisa, who is 23 years older than him. The two ended up getting married in Nigeria, but last December, he said he filed for divorce though she didn't want to accept it. Usman, who is a musician known as "Soja Boy," is now meeting up with 50-year-old Kim, who's from San Diego, California.

Kim is divorced and reached out to Usman on social media because she's a fan of his music. The two chatted for months, and now Kim is completely in love with Usman. Usman is a little more hesitant given his experience with Lisa, but invited her to Tanzania where he's shooting a music video. Kim is risking everything for love and heading to Tanzania in hopes that Usman will realize she is nothing like his ex-wife and decide to commit to taking their relationship to the next level.

"I flew halfway around the world to meet the man of my dreams," Kim says in the trailer about 32-year-old Usman. "I messaged him and he messaged me back and I was like, 'Oh my god.' And then that's how I fell in love with international superstar Usman aka Soja Boy."

But much like Lisa, Kim has a temper. At one point, she heatedly asks him why he brought her to a video shoot about another woman. When he laughs, she throws a glass of water in his face.

Another standout couple this season is 28-year-old Caleb and 27-year-old Alina. The two connected and developed a friendship on social media as teens, but they lost touch for 13 years until they matched on a dating app when Caleb was planning a trip to Alina's home country of Russia. Those plans fell through, but their newly rekindled friendship blossomed into a romance. Now, they're finally ready to meet for the first time to see if their emotional connection is deep enough to overcome their physical differences. Alina is a little person, and her condition prevents her from walking and standing for long periods of time, so she frequently relies on a wheelchair, making Caleb, a free-spirit, wondering if he'll be able to adjust to her needs.

"Alina and I have a deep connection," Caleb says. "But I'm worried about what other people would say is a massive difference between us."

Alina is shown nervously ready to greet him at the airport and tells cameras, "I'm scared he's going to see me in a wheelchair and he's going to go, 'Ew.'"

Another couple sure to get plenty of attention is 29-year-old Ella, a country girl from Idaho with a self-proclaimed obsession with Asian culture, and 34-year-old Johnny from China. Ella met her "Asian prince" on a social media platform exclusively for Asian men and white women. After a year and a half of trying to meet up, they're finally preparing for Johnny to visit Ella in her hometown and get engaged. But Ella's history with rejection from past romantic interests due to her weight has her worried that he might not like her when he sees her in person.

In the trailer, Johnny's mom asks him if she eats a lot, and he replies, "Well, it's America. They eat desserts."

‘90 Day Fiance’: Lisa Confronts Usman After He Tells Another Woman He Loves Her (Exclusive) 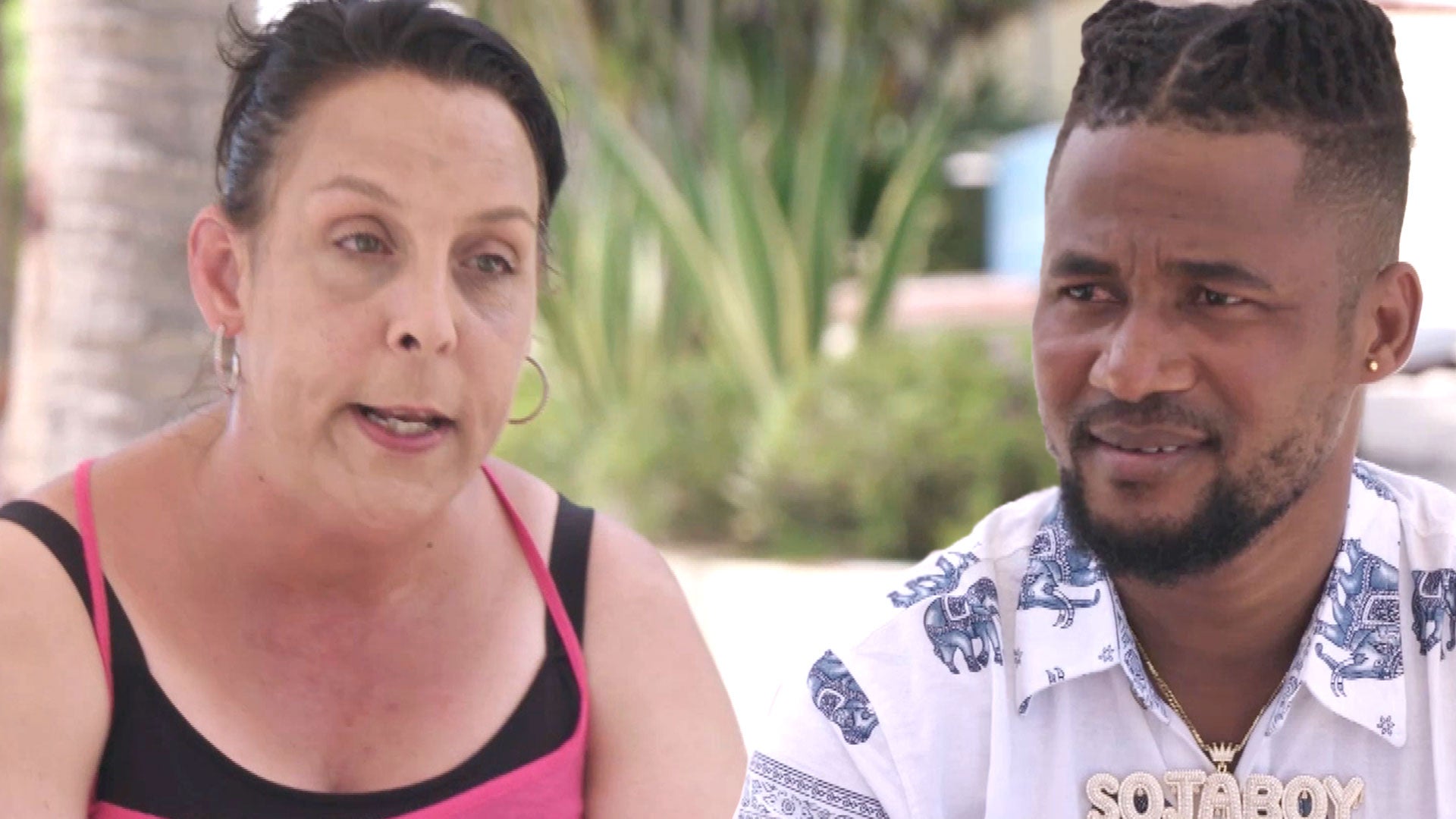 Bridgerton is about to get even sexier.

Netflix's hit Regency drama, adapted from Julia Quinn's bestselling romance novels, dropped its official first look at the anticipated second season, which shifts its focus to the eldest Bridgerton sibling, Anthony (Jonathan Bailey), as he embarks on a quest to find a wife.

The first look begins with Anthony going after Kate and asking her for her name.

"So you might discern if my wit is acceptable, my manners genteel?" she quips, as Anthony asks her if she was eavesdropping on his conversation about, as Kate calls them, "the many requirements for a wife."

The chemistry is undeniable, even with the witty back and forth. See the full clip below.

Watch the official teaser for season 2 below.

Recently, Coughlan spoke with ET's Lauren Zima to offer an intriguing glimpse into what lies ahead in season 2 for the Ton, teasing that "the chemistry [between Bailey and Ashley] is quite major, I can say that." She also added that the season has "got a whole lot spicier."

Back in January, Bailey revealed that the next installment in the family's story is going to be "sexier."

“It’s just going to get more exciting and convoluted and sexier, I think,” the actor told ET at the time, adding Bridgerton will surely “be pushing boundaries every single way.” But what he does know for sure is “that the story is going to be really exciting.”

“Having read the second book, if Anthony gets to meet anyone half as brilliant as Kate Sheffield is, then he’s going to be a very lucky man," Bailey also hinted.

The Viscount Who Loved Me, which focuses solely on Anthony and Kate's courtship, is expected to be the main source for the new episodes. But like season 1, which included characters and subplots from later novels, the series will likely not be strictly limited to one book per season.

“I think [showrunner] Chris Van Dusen has got this amazing ability to take Julia Quinn’s extraordinary books and her amazing worlds that she delicately filled with excitement and sexiness. And he takes it to a whole other level,” Bailey said, when asked how much the new season will parallel the narrative in the books. “So the fact that we’re following Anthony’s pursuit for love shows that you know there’s definitely going to be some similarities.”

For more on Bridgerton, watch below.

Rege-Jean Page Not Returning for Season 2 of ‘Bridgerton’

To stay up to date on breaking TV news, sign up for ET's daily newsletter. 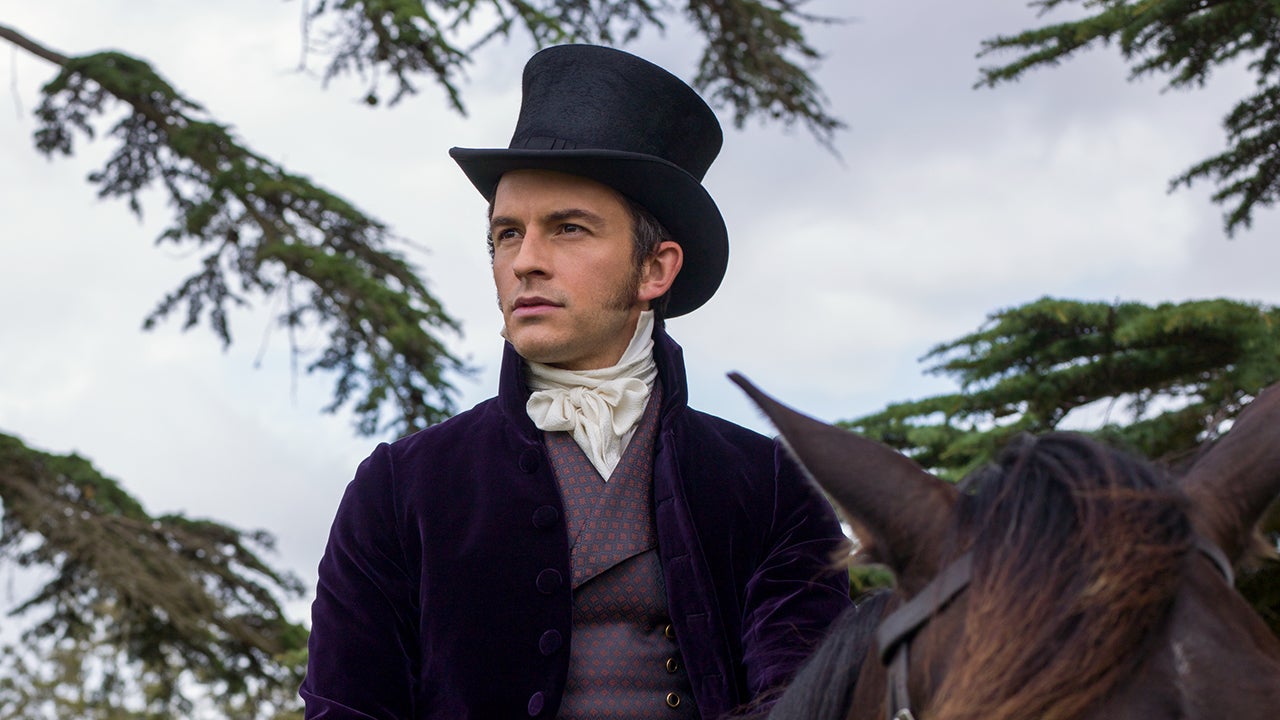 A 34-year-old Olathe football coach has died following a battle with COVID-19.

This past Saturday, the bleachers at the park were filled with people watching Brooklyn do something big. She was competing in the Red Bull World Championships qualifier.

Lil' Kim revealed that she wants to go up against Nicki Minaj in the next Verzuz battle.

Woman says she was sexually assaulted by manicurist at salon

Woman says she was sexually assaulted by manicurist at salon

A Fairview Heights manicurist is facing multiple charges after a woman told News 4 she was sexually assaulted while getting her nails done.

A Metro East woman goes into a Fairview Heights nail salon for a manicure and pedicure and leaves horrified. She speaks exclusively with News 4 saying her manicurist sexually assaulted her.

Friends and family of Kimberly Penton held a vigil and a balloon release outside the St. John Applebee's where she was shot and killed exactly one year ago.