Ken Jennings and Mayim Bialik will host 'Jeopardy!' for the rest of the year

Sony Pictures Television has bought itself some time to sort out its "Jeopardy!" mess.

As far as we're concerned, any party with cheese balls on the appetizer table is already off to a great start. But to really give this classic…

Our Food Editor's Best Hacks for Hosting a Stress-Free Friendsgiving

These are the best entertaining secrets to help you host the easiest Friendsgiving ever. Plus, get the must-have tips for inexpensive Friendsg…

The website is best known for renting out vacation homes, but nowit's dedicated to helping find temporary housing for up to 20,000 Afghan refugees. 290 are already staying in AirBnB housing across the country.

Mayim Bialik Will Fill In as Host of 'Jeopardy!' After Mike Richards Steps Down

Jeopardy! is moving forward with production following executive producer Mike Richards stepping down as host on Friday, less than a month after he was announced as the late Alex Trebek's successor.

Richards stepped down after receiving backlash for sexist comments he made in the past, as well as taking on the hosting gig given that he's already executive producer of the show. He resigned as host on Friday, and said that moving forward as host would be too much of a distraction for fans. While ET learned that the five episodes of Jeopardy! that were taped on Thursday with Richards as host will air as scheduled, Sony Pictures Television has confirmed that that Mayim Bialik -- who was announced as the host of Jeopardy!'s primetime specials and spinoffs earlier this month -- will fill in as host of the Jeopardy! syndicated program this week.

The 45-year-old actress is currently scheduled to tape three weeks of episodes (15 episodes) when production resumes this week. As production moves forward on this season of Jeopardy!, additional guest hosts will be announced.

In Richards' message to show staff on Friday, he said that moving forward as host would not be the right move for the show.

"Dear Team, it pains me that these past incidents and comments have cast such a shadow on Jeopardy! as we look to start a new chapter. As I mentioned last week, I was deeply honored to be asked to host the syndicated show and was thrilled by the opportunity to expand my role," his message read in part. "However, over the last several days it has become clear that moving forward as host would be too much of a distraction for our fans and not the right move for the show. As such, I will be stepping down as host effective immediately. As a result, we will be canceling production today."

Richards, 46, previously apologized to staff after his past sexist comments on the podcast he started in 2013 called The Randumb Show were reported on by The Ringer.

"It is humbling to confront a terribly embarrassing moment of misjudgment, thoughtlessness, and insensitivity from nearly a decade ago," his statement read. "Looking back now, there is no excuse, of course, for the comments I made on this podcast and I am deeply sorry."

"The podcast was intended to be a series of irreverent conversations between longtime friends who had a history of joking around," the statement continued. "Even with the passage of time, it’s more than clear that my attempts to be funny and provocative were not acceptable, and I have removed the episodes. My responsibilities today as a father, husband, and a public personality who speaks to many people through my role on television means I have substantial and serious obligations as a role model, and I intend to live up to them."

'Jeopardy!' Episodes Taped With Mike Richards Will Air as Scheduled 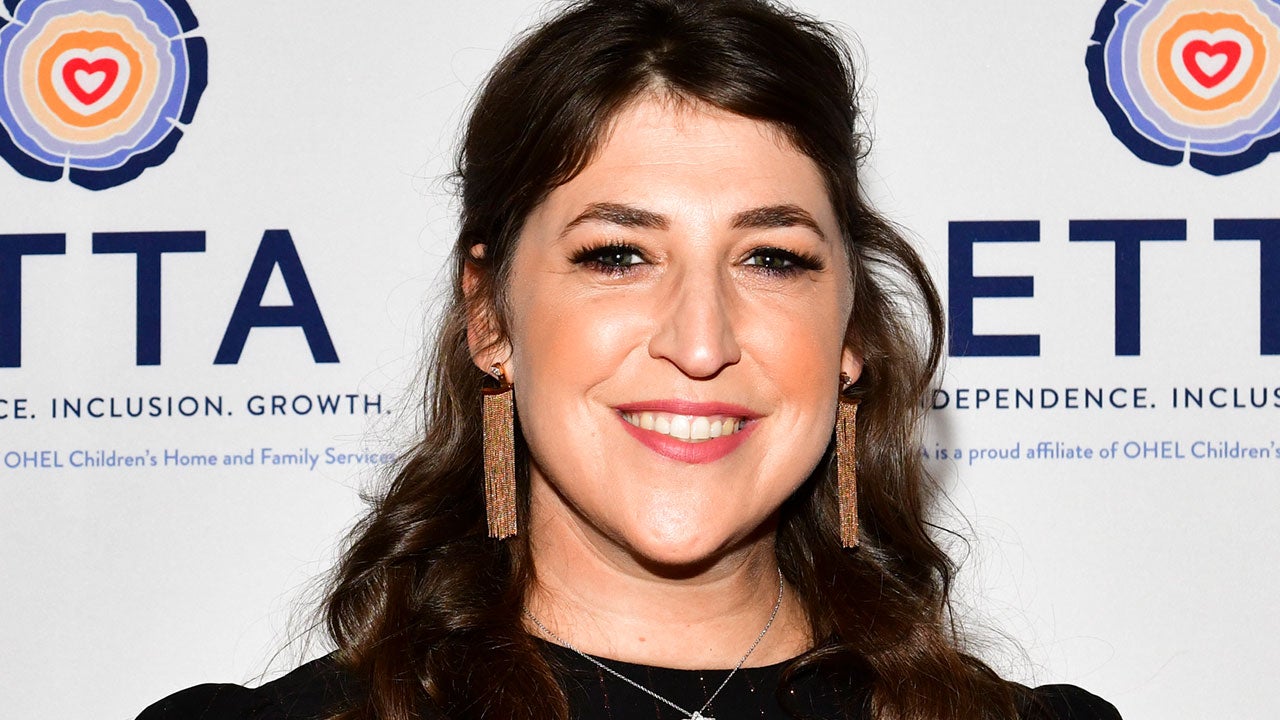 Bachelor in Paradise's first season without Chris Harrison is just days away from airing. ET's Denny Directo spoke to several BIP cast members at the show's seventh season premiere in Santa Monica, California, on Thursday, and they revealed how it felt to film the Mexico-set series without the franchise's longtime host."Honestly I forgot he even existed," Tammy Ly told ET of Harrison, who permanently exited the franchise in June amid his racism controversy, for which he has apologized.In lieu of Chris, Wells Adams, who previously served as the Paradise bartender, is set to take on an expanded role, serving as the Master of Cocktails and Ceremonies. Additionally, the season will feature celebrity guest hosts, including Lance Bass, Lil Jon, Tituss Burgess and David Spade."The hosts were so amazing it made it such a great experience," Tammy, who originally appeared on Peter Weber's season of The Bachelor, said. "I'm telling you right now this season is the most monumental season they ever released."Jessenia Cruz, from Matt James' season of The Bachelor, noted that no one in the cast "knew what to expect" when they arrived in Mexico to film, as the situation with Chris was still unfolding."I think that added to the excitement, too," Jessenia said. "... David Spade is going to be hosting along with a bunch of other amazing people, so we were really pumped to meet them."Katie Thurston's ex, Connor Brennan, admitted that it was "pretty amazing to meet David Spade.""He was the voice of the llama in my favorite film, The Emperor's New Groove, so pretty cool to meet my icon," Connor said, adding that it was a "big moment for me, absolutely."It's not just David that contestants were excited to meet, Aaron Clancy pointed to Lil Jon as one of his favorite guest hosts."I loved it. I couldn't of thought of a better person to crash the party," Aaron, who appeared on Katie's season, said. "Took a tequila shot with the guy, highlight of my life.""Literally, literally," Tre Cooper, Katie's fellow ex, agreed. "I would've never thought that I would meet one of them, let alone all of them. So it was nuts."Wells agreed that the addition of the celebrities was a "fun" one."I mean, David Spade. I am just a huge fan of all of his work, so I quoted a lot of his movies to him incorrectly," Wells said. "... All of the guest celebrity hosts were amazing. Titus was hilarious. He wouldn't stop singing, instead of talking, he sings. He has so much freaking energy. I love having that guy around. Obviously Lance is amazing."As for Wells' expanded role, Jessenia gushed that Sarah Hyland's fiancé "makes the best margaritas."Victoria Larson, better known as Queen Victoria, agreed about Wells' success, telling ET that he did "an amazing job," though she may give him a run for his money next season."I think that Wells should be the host next year and I'll be the bartender," Victoria, who appeared on Matt's season, said.Wells told ET that he was down for Victoria's idea with her as bartender and him as host, as he was happy with the promotion he landed this time around."It was so much fun. I mean, I am always awake when rose ceremonies are happening. They are at night and I am bartending for everybody, so I am always in the wings just watching, like, 'Oh, who is going to get a rose?'" Wells said. "Now I get to be on screen and be like, 'Oh, who is going to get a rose?'"Season 7 of Bachelor in Paradise will premiere Monday, Aug. 16 at 8 p.m. ET on ABC.RELATED CONTENT:‘The Bachelorette’s Connor B, Tré and Aaron Tease What to Expect on ‘Bachelor in Paradise’ (Exclusive)This video is unavailable because we were unable to load a message from our sponsors.If you are using ad-blocking software, please disable it and reload the page.'Bachelor in Paradise' Teases Most Make Outs in Show HistoryBecca Kufrin Joins 'Bachelor in Paradise''Bachelor in Paradise' Shares First-Look Photos of Celeb Guest Hosts

It’s not only a gathering place for people of all ages, but Apotheosis hosts reading events for kids, organizes food drives, and the owner is always looking for however else his business can lift St. Louis up when it needs a hand.

'Bachelor in Paradise': The Drama Mounts in Season 7 Promo (Exclusive)

Drama is taking over the beach! In an exclusive promo for the upcoming seventh season of Bachelor in Paradise, no one is safe from the emotional roller coaster of the reality series."This beach has had a peaceful two years," the voiceover begins, referencing the show's nearly two-year-long break amid the COVID-19 pandemic. "Well, sorry, beach! Bachelor in Paradise is back, and when your Bachelor Nation favorites prowl the sand, the drama comes in waves."The promo shows shirtless men, screaming women, popping champagne, multiple makeout sessions and loads of tears as the first 23 singles arrive on the Mexican beach."This is what dreams are made of," Ivan Hall, who appeared on Clare Crawley and Tayshia Adams' season of The Bachelorette says in the clip.Elsewhere in the clip, Aaron Clancy and Karl Smith reignite their feud from Katie Thurston's season of The Bachelorette, while their castmate, Connor Brennan, makes out with Peter Weber's ex, Maurissa Gunn.All of that leads Colton Underwood's ex, Tahzjuan Hawkins, to wonder, "Who knew Paradise could be so crazy?"The upcoming season of Paradise will be unlike any other, as it comes after Chris Harrison's exit from the franchise following his racism controversy. In lieu of Chris, Wells Adams, who previously served as the Paradise bartender, will take on an expanded role, serving as the Master of Cocktails & Ceremonies. Additionally, the season will feature celebrity guest hosts including Lance Bass, Lil Jon, Tituss Burgess and David Spade.When ET spoke with Wells about the upcoming season earlier this month, he said it'll have a "different vibe" than it's had in the past."I think everyone's going to be in for a really fun ride, and then I'll be there for the therapy sessions and for the drinks," Wells continued. "... I'm just excited for everyone to get to come back and enter the gates of Paradise. We had to take last year off which was a bummer, because I truly do love helping make the show, and I think America truly does love coming to the gates and walking down the steps with us. So I'm just happy that it's back."Season 7 of Bachelor in Paradise will premiere Aug. 16 on ABC. Until then, ET has got you covered throughout the entirety of Katie's season of The Bachelorette with recaps, interviews and exclusives. Check out all of our Bachelorette coverage for the latest.RELATED CONTENT:Wells Adams Talks ‘Bachelor in Paradise’ and Possibly Taking Over Hosting 'The Bachelor' (Exclusive)This video is unavailable because we were unable to load a message from our sponsors.If you are using ad-blocking software, please disable it and reload the page.'Bachelor in Paradise' Adds 4 More of Katie Thurston's Men to Season 7Wells Adams Previews New Season of 'Bachelor in Paradise'Lance Bass, Lil Jon, Tituss Burgess & David Spade to Guest Host 'BiP'

LeVar Burton will have all the answers on Monday when he debuts as guest host on "Jeopardy!"

Chris Harrison Not Hosting 'Bachelor In Paradise,' David Spade Among Guest Hosts to Fill In