SpaceX’s first private flight blasted off Wednesday night with two contest winners, a health care worker and their rich sponsor, the most ambitious leap yet in space tourism.

Two women face charges for cursing at young children on an airplane.

Flights of Afghan refugees to the US were paused Friday after four cases of measles were discovered among Afghans who had recently arrived in the country.

A second Qatar Airways passenger flight has arrived in Kabul

The Transportation Department's inspector general says it is reviewing how officials prevent everyday flights and commercial space flights from sharing the same airspace and potentially colliding.

Some pilots focus on flying high, but Dario Costa's success at flying low has landed him in the Guinness Book of World Records.

Dread at 30,000 ft: Inside the increasingly violent world of US flight attendants

Some cabin crew say they're bracing themselves for violence whenever they go to work.

The flight attendant using the pandemic to train as a pilot

When Jordan Milano Hazrati was offered a job as a flight attendant with Virgin Atlantic, it was a dream come true.

Stephen Amell is opening up about getting kicked off a Delta flight in June. The former Arrow actor appeared on Michael Rosenbaum's podcast, Inside of You, and didn't shy away from talking about the incident, which he called "shameful."

Amell previously addressed getting kicked off the flight from Austin, Texas, to Los Angeles, writing on Twitter that he and his wife, Cassandra Jean, got into an argument. Amell said he was asked to lower his voice and he did, but 10 minutes later, he was asked to leave the flight.

"I let my emotions get the better of me, end of story," he wrote at the time. "Must be a slow news cycle."

But 40-year-old Amell was much more remorseful when discussing the incident with Rosenbaum on Tuesday. Amell said his wife wasn't arguing with him at all and acknowledged that he had too much to drink.

"I was pissed off about something else that had nothing to do with Cass, my wife, and I picked a fight," he said. "I picked a fight because I wanted to be loud and upset. And it was a fight, as in like, it was not an argument. In order to have an argument, two people have to be talking. My wife said one thing the entire time, which was, 'If you don't lower your voice, they're going to ask you to get off the plane.' That's the only thing that she said the entire time."

"So, obviously, Cass was 100-percent right there," he continued. "I was being loud. I was probably dropping a few F-bombs. I've got the noise-canceling -- this is not an excuse -- I'm not here to make excuses because this was 100 percent my fault but ... I'm actually, frankly, deeply ashamed of it. But I was quiet for 10 minutes, a guy came back. Clearly, I had made somebody uncomfortable, and someone had said something, and they just make the decision, 'You've got to get off the plane.'"

Amell noted that he was not forcibly removed from the flight and that he left immediately after he was asked. Still, he acknowledged that the incident was "100 percent [his] fault."

"It's really, really shameful," he continued. "And it makes you kind of look in the mirror. And I just realized a couple of things: if people are going to recognize you, don't necessarily drink in a public place, but more importantly, don't drink in a public place if you can't handle your s**t. ...  So, I think, ultimately [I'm] very ashamed of it. Trying to make amends for it, specifically with my wife."

Stephen Amell and Robbie Amell Interview Each Other About 'Code 8' and Cousin Rivalries! (Exclusive)

Stephen Amell and Alexander Ludwig Open Up About 'Heels'

Stephen Amell Speaks Out After Getting Kicked Off of a Plane 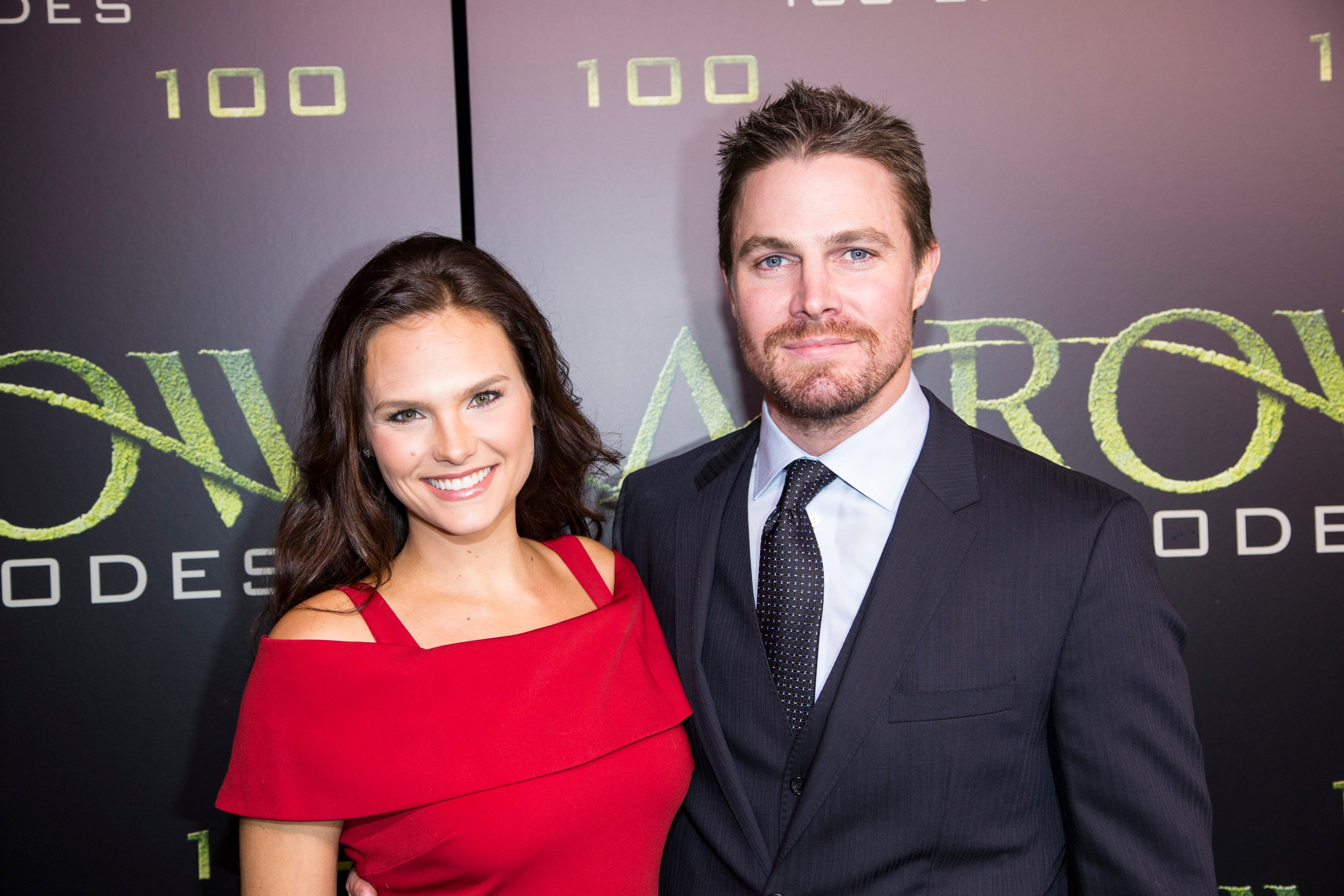 "Arrow" actor Stephen Amell says he feels "deeply ashamed" about his behavior aboard a flight in June, before which he "had too many drinks."