Weekly claims for unemployment benefits finally fell below their pre-pandemic levels, according to data from the Labor Department.

US rejects Iranian claim of naval interaction in Gulf of Oman

The US strongly rejected Iran's accusation that the US Navy had tried to confiscate Iranian crude oil aboard a tanker in the Gulf of Oman, with Pentagon spokesman John Kirby calling the claims "absolutely, totally false and untrue."

Chris Cuomo's Former Boss Says He Sexually Harassed Her at a Party in 2005, Calls for 'Accountability'

Chris Cuomo's former boss has accused him of sexual harassment. In an op-ed for The New York Times, Shelley Ross claims that the CNN anchor sexually harassed her at a colleague's going away party in 2005.

Ross, who was Cuomo's boss at ABC News nearly two decades ago, writes that the alleged incident took place shortly after her gig as the executive producer at Primetime Live, on which Cuomo was a co-anchor, had ended.

ET has reached out to Cuomo, CNN and ABC News for comment.

"When Mr. Cuomo entered the Upper West Side bar, he walked toward me and greeted me with a strong bear hug while lowering one hand to firmly grab and squeeze the cheek of my buttock," she writes. "... 'I can do this now that you’re no longer my boss,' he said to me with a kind of cocky arrogance. 'No you can’t,' I said, pushing him off me at the chest while stepping back, revealing my husband, who had seen the entire episode at close range. We quickly left."

One hour later, Ross alleges, Cuomo sent her an email with the subject line, "Now that I think of it… I am ashamed." In the email, Ross claims, Cuomo "apologized first" to her "very good and noble husband" and then to Ross herself for "even putting you in such a position."

"My question today is the same as it was then: Was he ashamed of what he did, or was he embarrassed because my husband saw it?" Ross writes. "... Mr. Cuomo may say this is a sincere apology. I’ve always seen it as an attempt to provide himself with legal and moral coverage to evade accountability."

Ross notes that she "never thought that Mr. Cuomo’s behavior was sexual in nature."

"Whether he understood it at the time or not, his form of sexual harassment was a hostile act meant to diminish and belittle his female former boss in front of the staff," she writes.

In a comment to the Times, Cuomo says, "As Shelley acknowledges, our interaction was not sexual in nature. It happened 16 years ago in a public setting when she was a top executive at ABC. I apologized to her then, and I meant it."

Ross writes that she has "no grudge" against Cuomo and is "not looking for him to lose his job," but instead wants "for him and his employer to show what accountability can look like in the MeToo era."

Ross also mentions Cuomo's brother, Andrew Cuomo, who resigned as the governor of New York in August after an investigation found that he "sexually harassed multiple women." The journalist's interviews with his brother on-air, and the level to which he advised the elder Cuomo as the allegations surfaced, have since come under scrutiny.

"If Mr. Cuomo and CNN management don’t think he crossed a serious line, one that warrants consequences, I know he crossed a line with me," Ross writes, before discussing another part of his 2005 email.

"At one point in his 2005 email to me, he referred to how 'Christian Slater got arrested for a (kind of) similar act (though borne of an alleged negative intent, unlike my own),'" Ross writes. "Mr. Slater was arrested after a woman reported that he had grabbed her buttocks as she walked down the street. Police charged him with third-degree sexual abuse. (The charges were dropped.)"

"Mr. Cuomo, a former lawyer, appeared to use his short apology to legally differentiate the two incidents. He suggested Mr. Slater had 'negative intent' while he, Mr. Cuomo, did not," she continues. "He seemed to have a keen understanding of what accountability might look like back then; today we have no clear idea if either he or CNN is interested in accountability."

As for what she'd like to see happen next, Ross writes that she'd "like to see him journalistically repent: agree on air to study the impact of sexism, harassment and gender bias in the workplace, including his own, and then report on it."

"I’m not asking for Mr. Cuomo to become the next casualty in this continuing terrible story. I hope he stays at CNN forever if he chooses," she writes. "...  He could host a series of live town hall meetings, with documentary footage, produced by women with expert consultants. Call it The Continuing Education of Chris Cuomo and make this a watershed moment instead of another stain on the career of one more powerful male news anchor."

Cynthia Nixon Reacts to Andrew Cuomo Being Stripped of His Emmy 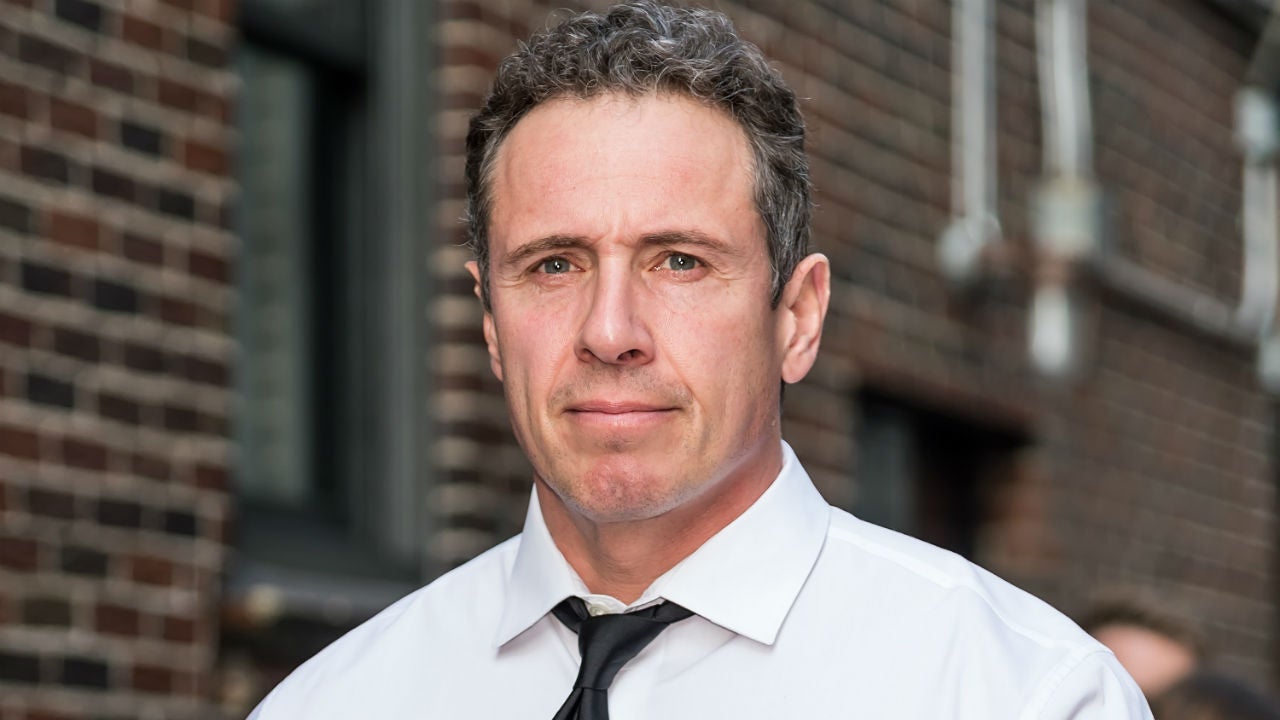 FTC wants to know why McFlurry machines always seem to be broken: Reports

The machines are made by a company called Taylor and need to be checked by a service representative whenever an error code is given.

T-Mobile confirms it was hit by data breach

T-Mobile confirmed on Monday that it has been hit by a data breach but declined to say whether any personal information from customers was accessed or how widespread the damage may be.

After thousands in damages from power surge, local residents turn to News 4 for assistance

Two local residents claim that while electric workers were repairing their powerlines, a power surge created tens of thousands of dollars worth of damage.

Claims for US jobless benefits unexpectedly jumped last week offering the latest reminder that the American economy — and the labor market — are not yet back to normal.

Erika Jayne is accused of conspiring to conceal her assets. New court documents filed on Wednesday and obtained by ET claim that Jayne and two of her businesses received jewelry and other luxury items purchased using funds belonging to her estranged husband's law firm Girardi Keese. ET has reached out to Jayne's attorney for comment. In December, a lawsuit was filed against Jayne and Tom Girardi on behalf of several families who lost loved ones in the Lion Air Flight 610 crash, which occurred in October 2018. Girardi allegedly embezzled settlement money that was supposed to go to the family members of the victims, and Girardi and Jayne are accused of using that money to fund their own lavish lifestyles and allegedly pay off loans to keep Girardi's law firm afloat.Jayne, 50, filed for divorce from Girardi, 82, in November, after 21 years of marriage. Girardi was forced into involuntary bankruptcy one month later. Ronald Richards, the attorney for the bankruptcy trustee, claims in the new docs that Jayne received lottery payments that belong to the Girardi Keese estate in addition to the "luxury items," which allegedly add up to a total of $25 million. Richards further claims that Jayne, her businesses EJ Global, LLC and Pretty Mess, Inc. and Girardi Keese "conspired to conceal" the funds to keep the money away from the creditors in the bankruptcy case. "Erika has used her glamor and notoriety to continue to aid and abet in sham transactions that have occurred with respect to large transfers of assets from the Debtor," the documents state, claiming that Jayne has "refused to return" the lottery payments and luxury items, and has allegedly received or diverted them for her own benefit."As a result of the wrongful acts of the Defendants alleged herein, the Defendants have been unjustly enriched at the expense of the Estate and its creditors. The Defendants have derived and continue to derive benefit from their wrongful acts," the docs continue. The new documents come as Jayne opened up about her split from Girardi on The Real Housewives of Beverly Hills,  denying their divorce is a "sham" to conceal assets. "This sucks so bad," Jayne said on Wednesday's episode, while speaking with co-stars Kyle Richards and Lisa Rinna via FaceTime. "The things that are being said are just wrong, people are believing them and they are everywhere and it's terrible. And I'm here by myself.""What's being said, it's just insane, that my divorce is a sham? But nobody cares about the facts," Jayne added. The singer later sat down in a confessional interview and addressed the claims, sharing, "Divorce is very painful and then having it called a sham is even more painful.""It took a lot of courage to leave and it took two seconds for some a**hole to say it was a sham and for everybody to believe it," she added. See more on Jayne in the video below. RELATED CONTENT: 'RHOBH': Erika Jayne Explains Why She's Divorcing Tom GirardiThis video is unavailable because we were unable to load a message from our sponsors.If you are using ad-blocking software, please disable it and reload the page.Erika Jayne Slams Claims Her Divorce From Tom Girardi Is a 'Sham'Erika Jayne Can Be Sued by Husband's Embezzlement Victims, Judge RulesErika Jayne Ordered to Turn Over Financial Records

The Boy Scouts of America has reached an $850 million settlement with sexual abuse victims amid bankruptcy proceedings and allegations of widespread abuse within the group, it said in news release.