Senate passes bill to honor Emmett Till and his mother

The Senate has passed a bill to award the Congressional Gold Medal posthumously to Emmett Till, the Chicago teenager murdered by white supremacists in the 1950s, and his mother, Mamie Till-Mobley, who insisted on an open casket funeral to demonstrate the brutality of his killing.

Senate passes bill to honor Emmett Till and his mother

The Senate has passed a bill to award the Congressional Gold Medal posthumously to Emmett Till, the Chicago teenager murdered by white supremacists in the 1950s, and his mother, Mamie Till-Mobley, who insisted on an open casket funeral to demonstrate the brutality of his killing.

Plessy, man whose arrest led to ‘separate but equal,’ is pardoned

The Plessy v Ferguson case went to the U.S. Supreme Court, which ushered in a half-century of laws calling for “separate but equal” accommodations that kept Black people in segregated schools, housing, theaters and other venues.

Will Smith and JAY-Z are sending a powerful message when they attach themselves to a project like Women of the Movement. The cast made that crystal clear when ET's Kevin Frazier spoke with them on the red carpet at the Pacific Design Center on Thursday in Los Angeles.

The Oscar-nominated actor and 23-time GRAMMY-winning rapper signed on as executive producers through their production companies Overbrook and Roc Nation, to tell the story of Mamie Till-Mobley, who devoted her life to seeking justice for her son, Emmett Till, following his brutal murder.

But while the cast admits none of them talked to Smith or JAY-Z, their impact as collaborators was felt throughout. Cedric Joe, who portrays Till-Mobley's son, Emmett, said knowing Smith and JAY-Z were part of the project made it that much more special.

"It's definitely exciting, especially growing up and being fans [of them]," Joe said. "It's motivation. I didn't get to talk to them but knowing that they're part of the project is special."

"It means a lot," said Fisher of Smith and JAY's involvement. "It means people will pay attention and people will watch the piece, which I think is extremely important."

What's more, Fisher, who said Women of the Movement is a modern-day version of the 1970s miniseries Roots, says he hopes the ABC limited series serves as a tool to educate a new generation.

Marissa Jo Cerar, who created and wrote the series, said it was inspiring to have two giants in the entertainment industry back her project.

"It was so inspiring and important that JAY-Z and Will Smith were executive producers on the project," she said. "I'm so honored that they were a part of it, and I hope that they promote it."

One of the cool experiences about being the show's creator? Cerar got a chance to speak with the "Dirty Off Your Shoulder" rapper and talk shop, which she said was personally and professionally thrilling.

"We talked a lot about the different sounds of the show," Cerar said. "So that was really exciting for me just to, as a person and as a creator, to have those creative conversations with a musical giant."

Adrienne Warren, who portrays Till-Mobley, said her objective was to pay homage to such a courageous woman driven to keep her son's image alive. She also made note that this is not a period piece, underscoring the fact that atrocities like the one Emmett experienced are still happening today. Thus, the need to educate as many people as humanly possible.

"I think at the end of the day we wanted to show the humanity behind these people," she said. "It was a horrible thing that happened but it happened to a family and so the reason we did this series is so you get to learn about those people. So often do we see victims when we see things like this, like what happened to Emmett, but it's important that we remember we are all human beings and the more we remember that the more we can walk through life differently and love each other a little bit more."

The series, set in 1955, is inspired by Devery S. Anderson's book, Emmett Till: The Murder That Shocked the World and Propelled the Civil Rights Movement. Till-Mobley would go on to risk her life and seek justice after Emmett's murder in the Jim Crow South. Till-Mobley's determination to keep Emmett's name in the headlines transformed her into an activist, and her mission sparked the civil rights movement.

Women of the Movement premieres Jan. 6 on ABC. 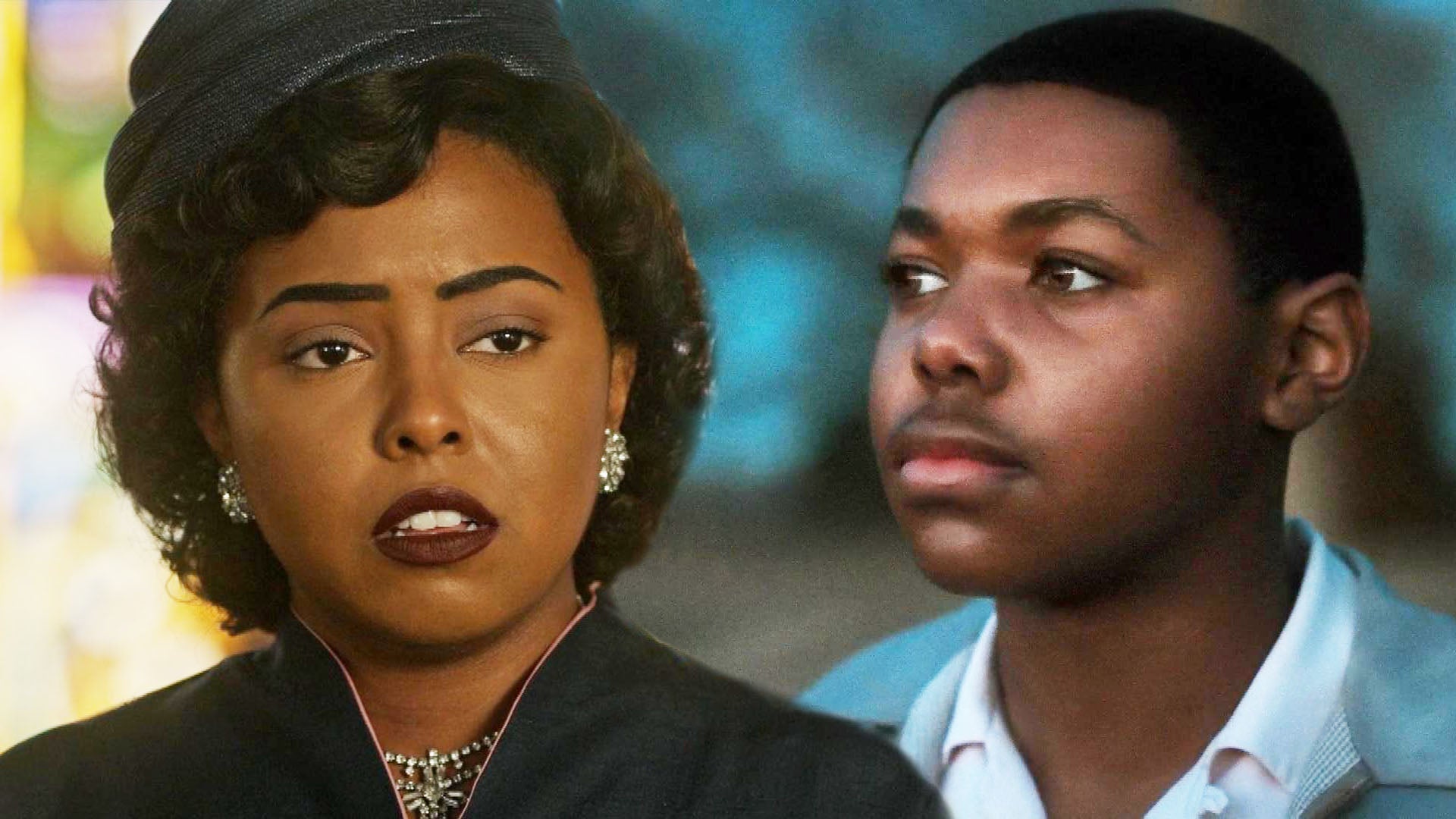 Chauvin, who is white, was convicted this spring of state murder and manslaughter charges for pinning his knee against Floyd’s neck during a May 25, 2020, arrest as the Black man said he couldn’t breathe Chauvin was sentenced to 22 1/2 years in that case.

Derek Chauvin has already been convicted of state murder and manslaughter charges and is serving a sentence of 22 1/2 years.

Kansas City, Missouri Police Chief Rick Smith will retire next year. He joined the KCPD as an officer in 1988 and was sworn in as Chief of Police on Aug. 15, 2017.