Suspect charged after 5 killed in bow and arrow attack in Norway, police say

A 37-year-old man has been arrested and charged after five people were killed and two injured in a bow and arrow attack in the Norwegian town of Kongsberg on Wednesday.

KONGSBERG, NORWAY (CNN) -- Several people have been killed and others injured during an attack in the Norwegian town of Kongsberg, according t…

A Jefferson County man was fatally shot by bow and arrow last week and police said they are investigating in what they described as a claim of self-defense.

JoJo Siwa couldn't be happier with her girlfriend, Kylie Prew. ET's Denny Directo spoke with the 18-year-old star about her new Paramount+ film, The J Team, and she also talked about her serious relationship with Prew.

Siwa came out as a member of the LGBTQ+ community in January, and introduced Prew as her girlfriend on their 1-month anniversary in February. Siwa said Prew has seen The J Team -- a live-action musical film that she also executive produced -- and loves it.

"It's cool. It's really fun," Siwa tells ET about having her girlfriend's support. "I've had my mom, obviously, my whole life, who's always been right by my side and who I love so much. Literally my rock for forever. And it's cool to have love and support in a different way, you know what I mean? ... Having this love makes it all so much greater. It just adds, and it's awesome."

Siwa also dished that she and Prew have both said 'I love you' to one another. They plan to celebrate her new film by having a drive-in premiere and a possible Disneyland date.

"We just love to be together," she shares. "We don't care what we do as long as we're having fun."

Siwa shared a sweet conversation she had with her girlfriend about Prew learning to love her well-known penchant for glitter.

Meanwhile, The J Team tells the story of JoJo, whose life is turned upside down when her beloved dance coach retires. Siwa brings back her signature ponytail and bow hairstyle in the film. She shocked fans last April when she took down her high ponytail and bow.

"I've had moments in these last few days that even though I don't necessarily wear a bow 24/7 anymore, nothing about me has changed," she notes. I'm still the same human."

Siwa talked about her decision to ditch her signature style shortly after her 18th birthday, following a discussion with her mom.

"We have always questioned how I was going to stop wearing a bow," she notes. "Or questioned how that whole transition was going to work, and we never knew. It just felt right, and I started to talk to her because we were going to start filming a project, The Siwa Dance Pop Revolution ... I was like, 'I feel like now is the right time. I feel like this project, it's reality-based.' But I also feel like it makes sense because I have The J Team coming out, which is still very JoJo bow. And I love that, so it'll give people like, they want it back and then they'll get it back. ... It just felt right."

Siwa said The J Team is about celebrating being yourself, and reflected on Abby Lee Miller being her former dance teacher on Dance Moms.

"You know, I hope they take away that if somebody is trying to stop you from being who you are, you have the power to not let them," she shares. "It's no secret that Abby is a crazy dance teacher and a crazy good dance teacher. She never didn't want me to be who I was, but at the same time, she did. I think that that never really got to me. I never really let her. But what's crazy is, actually before I went to Dance Moms, I was becoming a cool tweenager. But then once I went to Dance Moms, I went right back to being myself, because I felt like I could there."

The J Team premieres on Friday, Sept. 3, exclusively on Paramount+. 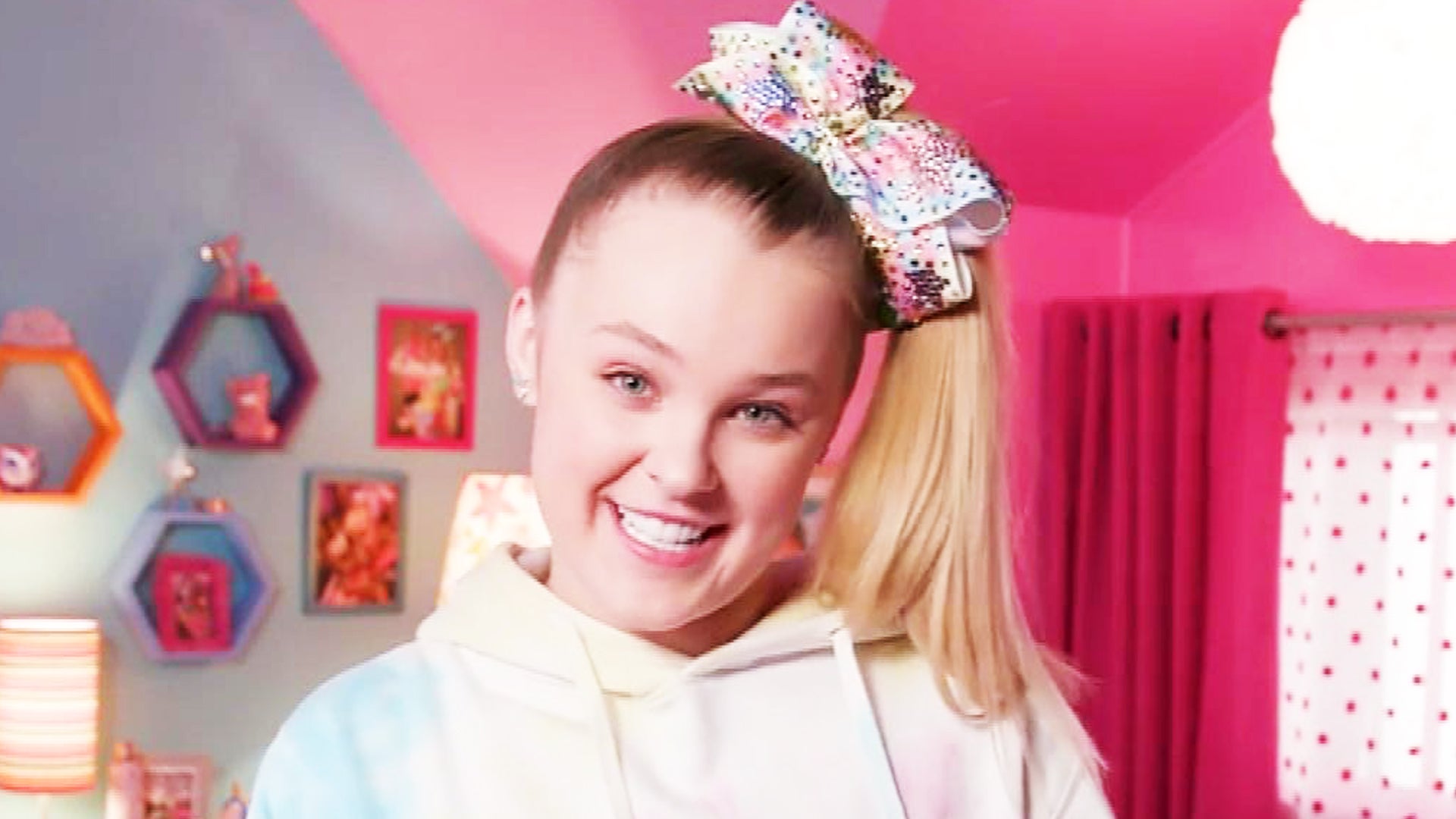 JoJo Siwa isn't getting rid of her iconic bow anytime soon. In fact, her new movie, The J-Team, is all about embracing the sparkle, magic and uniqueness of Siwa's colorful style.

Siwa recently opened up to ET about her new Nickelodeon original movie, in which Siwa stars as a fictionalized character based on her own famous persona. When her dance group gets a new instructor that doesn't value individuality, Siwa is forced to get rid of her bow and blend in with the rest of the group.

"It's funny to me how real the movie feels to people," Siwa tells ET's Denny Directo. "We were watching it with my mom's sister, actually, and she was like, 'Just let her wear the bow!' I was just dying laughing."

For Siwa, exploring a different side of herself -- and examining the value she places on self-expression  -- proved to be an exciting experience.

"It was fun. It was fun to explore. And obviously, I knew how the movie was going to end. I was always going to be myself in the end, which I think is how I am [in real life]," she shares. "I've had moments in these last few days that even though I don't necessarily wear a bow 24/7 anymore, nothing about me has changed. I'm still the same human."

Siwa just recently turned 18 in May, and explained how she honestly used to wear her trademark sparkly bow all the time, every day.

That being said, when she thinks about what her style evolution is likely going to look like, Siwa explains, "I think it's the same thing [as when] people asked me when I was little: I don't know."

"The future gets to decide that," she adds. "I definitely think that my style has changed, but I think that it still centers around what it always has been."

The J Team premieres on Friday, Sept. 3, exclusively on Paramount+.

JoJo Siwa Reveals Which Celebrities Reached Out After Coming Out 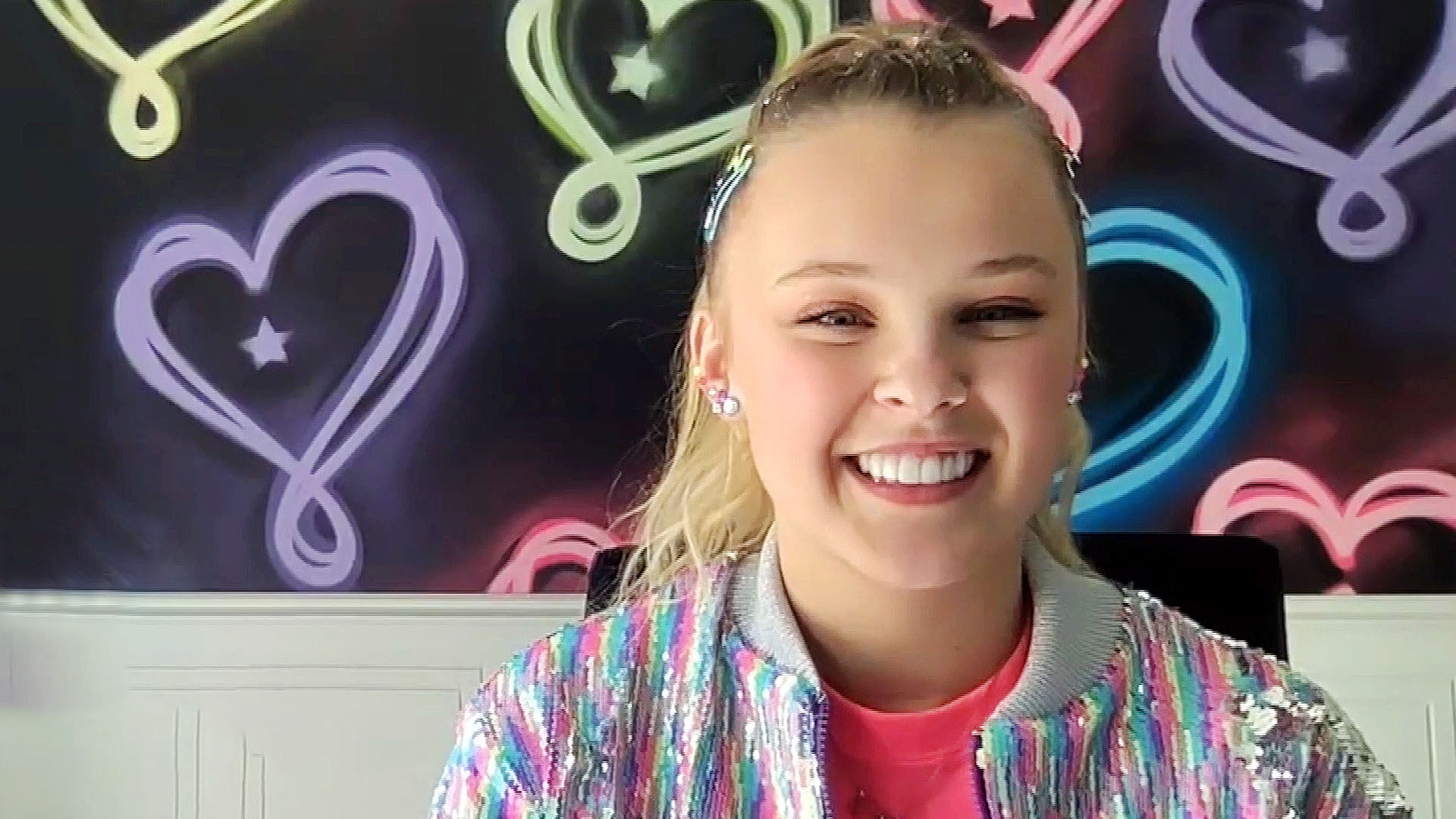 It started four years ago with a small donation.

It started four years ago with a small donation.

'Make the world a better place to shop': Young cousins create their own store during pandemic

'Make the world a better place to shop': Young cousins create their own store during pandemic