Hollywood is the land of make believe, but the very real specter of death can hover over television and movie sets.

When Gene Simmons isn't performing with KISS, you can find him painting

Gene Simmons is getting serious about art.

Dune, the new star-studded epic from Denis Villeneuve, is getting positive reviews and praise for its visual interpretation of Frank Herbert's science fiction classic. Before the author died from cancer in 1986 at age 65, Herbert revealed that he was very pro-adaptations, including David Lynch’s translation starring Kyle MacLachlan as the book’s hero, Paul Atreides.

Upon the debut of Dune’s first cinematic adaptation in 1984, Herbert opened up to ET about his reaction to Lynch’s final product, MacLachlan’s casting, Star Wars comparisons and how the book was initially received.

“I didn't hold back anything [in Dune]. It all hangs out and maybe people liked what they read. The critics didn't like it,” Herbert told ET in 1984 leading up to the movie’s premiere. “The critics panned it when it first came out and it was rejected 22 times.”

In the years following Dune’s publication in 1965, the space opera found plenty of acclaim and literary awards to make up for its rocky debut. Plus, the novel (and later its many book sequels) amassed a devoted fan base across the globe. After Hollywood came calling for the best-seller to get a big-screen treatment, Herbert agreed and was pleased with the results.

“The story is there. They saved the story. It's all there. That's what the author worries about,” Herbert said. “It's a different language on that screen and if they’re adroit, and sensitive about picking their visual metaphors, the story comes off the screen.”

In fact, Herbert revealed there was just a single excerpt from the book that he wanted to be featured, but didn’t make the final draft. “They only left out one scene that I wish they had included. The banquet scene. I know why they did it. There are time restrictions and other story constrictions,” he said.

Set over 8,000 years in the future, Dune tells the story of Paul Atreides (MacLachlan and now Timothée Chalamet), who lives in an intergalactic feudal society, where humans have spread out and colonized various planets in the universe. On one such planet, Arrakis, the Atreides family accepts the dangerous undertaking of being stewards over the mining of the universe’s only source of melange, a life-extending “spice,” coveted by everyone around them. In the deserts of Arrakis, Paul encounters the native Fremen people and evolves into a messiah-like figure who appears destined to lead their battle against an oppressive dynasty.

Lest there be any confusion, Herbert was upfront about the presence of a social message subtext in the story. “There's a metaphor here I want people to get,” he said.

For longtime fans who had been carrying around dog-eared copies of the book leading up to the adaptation, Herbert predicted there would be some initial hesitations among his audience.

“Some of them will have my reactions, I think,” Herbert said. “Some of the sets are not what they visualized. Some are. And some are better. What would you expect from [Anthony] Masters (Dune’s production designer) and David Lynch? They're both artists. Why wouldn't they improve on the visual sense of the film? And they have free license to do this. This is what film is all about.”

During the nearly two-decades since Dune had been published, Herbert became a celebrity. On top of the book selling millions of copies, a passionate fan base idolized the author and his works. And Herbert wasn’t having it.

“There are people who want me to be a cult figure and insist that I must be a cult figure,” Herbert explained. “My reaction to that is to say, 'Go read the book again.’ In fact, go read all of them, because I was talking against cult figures.”

Before their careers would become forever linked via TV phenomenon Twin Peaks and cinema classic Blue Velvet, Lynch chose then-unknown MacLachlan to be his movie’s Paul. Herbert wasn’t dismayed by the casting of an untested actor. In fact, far from it.

“That was exactly what I told them to do,” he recalled. “I said get somebody who's never been on the screen before and put him in this part, so he doesn't bring any detritus from other parts into the scenes.”

He had another reason to favor MacLachlan for the part. As Herbert discovered upon their first meeting, not only was the movie’s leading man a longtime fan of Dune, but the book series had also gotten MacLachlan through some challenging periods of his teenage years.

“Paul was someone I could retreat to in that difficult stage,” MacLachlan told ET leading up to the film’s premiere in 1984. “He was a loner and I identified very strongly with that characteristic in him.”

Plus, all three principle creatives -- Herbert, Lynch and MacLachlan -- identified as Washingtonians. “There's kind of a natural bond being from the same state, but Kyle's an easy guy to like and he is extremely personable in a natural way,” Herbert said.

In this interview, Herbert also reacted to interstellar tales similar to Dune being perceived as more accessible to audiences within pop culture at the time -- with cineplexes still in the midst of George Lucas and Steven Spielberg’s science fiction explosion that began in the late ‘70s. The once niche genre was now mainstream thanks to the pair’s blockbusters like Star Wars and E.T. - the Extra-Terrestrial.

But Herbert wasn’t concerned about Lynch’s work being placed into this new category of film. “No way that's going to happen. I've seen [Lynch’s adaptation]. Star Wars was [comic books] for the screen,” Herbert said. “Very shallow in the story and character development sense. [The movie] should have had balloons in there with ‘Pow!’ and ‘Bang!’” he added with a laugh.

If he sounded bitter, there’s a reason. As Herbert saw it, along with many other notable authors and critics at the time, Dune had an enormous influence on the original Star Wars trilogy. Enough so that Herbert said that while he was developing the screenplay with Lynch, overlaps between the two properties caused “problems” on account of how much of the novel, according to Herbert, Lucas had already put on the big screen.

“It ‘borrowed,’ I think is the kindly word, from me [and] from a lot of other science fiction writers,” he claimed.

When reflecting on Dune's immense fandom and cultural impact nearly 20 years after it was published, Herbert figured he wouldn’t be around for his work's true endurance test.

“The best critic is time. ‘Does it endure?’ I'm not gonna be around to know if my grandchildren and great-grandchildren are going to be reading this in college or that sort of thing,” Herbert said. “But it seems to me that that is a distinct possibility now."

Over 35 years after this interview, there’s a $165 million budgeted film that’s on track to secure Dune’s enduring legacy for a little while longer. While Lynch’s adaptation was a financial dud in 1984, Villeneuve’s movie already grossed over $120 million at the international box-office heading into its domestic release. And without any official announcement of a sequel from Warner Bros. (for now), the director explained to Variety last year that his Dune only covers the first half of the source material. "I would not agree to make this adaptation of the book with one single movie," Villeneuve said. "The world is too complex. It’s a world that takes its power in details."

In addition to Villeneuve being a longtime devotee of the original work, the author’s presence was felt behind the scenes in other ways, too. The filmmaker favored shooting on location in the deserts of Jordan and building elaborate sets as opposed to strictly using greenscreens. While promoting the movie this year, Dune star Josh Brolin told ET that the authentic terrain seemed like “what Frank Herbert intended.”

How to Watch ‘Dune’

Solange launches a library for rare books by Black authors

The thing about rare books is that they're, well, rare -- which means too many hidden gems are well out of reach for the everyday literary enthusiast.

To anyone who remembers seeing David Lynch's 1984 version of "Dune" and thinking, "OK, so that happened," director Denis Villeneuve has conjured a far more coherent narrative filled with stunning images and massive machinery. He has also split the book into two films, leaving audiences to consume the less compelling first half before ending somewhat abruptly in the middle.

ST. LOUIS (KMOV.com) -- The Beyond Van Gogh exhibit will extend its stay at the Starry Night Pavilion at the St. Louis Galleria through Jan. 2.

EBONY's iconic annual awards ceremony is making its 2021 return with Wayne Brady tapped to host. The EBONY Power 100 ceremony will air from Los Angeles on Oct. 23, honoring the remarkable achievements of African-Americans across industries and marking the culmination of EBONY's 75th anniversary year.

Brady will not only host and give a special performance during the show, but he will also receive the Vanguard Award for his decades-plus career "as a consummate, all-around entertainer and performer."

The Emmy winner won't be the only entertainer receiving a Special Award for the night. Five-time GRAMMY winners and legendary songwriting and music production duo Jimmy Jam and Terry Lewis will receive the Lifetime Achievement Award for their unparalleled contributions to music. The duo has been widely recognized as crafters of the "Minneapolis sound” along with Prince. Their impressive body of work extends across four decades of undeniable classics and chart-topping hits for some of the world's biggest artists including Janet Jackson, Mariah Carey, George Michael, Boyz II Men and countless others.

"With this year's EBONY Power 100, we knew we had to come back in a big way. Our 2021 honorees represent a diverse collective of leaders, trailblazers and powerhouse creatives in their respective industries and areas," Michele Ghee, CEO of EBONY & JET said in a statement. "With Wayne Brady at the helm as host, I know that we are creating what will be an exciting, unforgettable evening of celebration and a milestone for the new EBONY as we culminate our 75th anniversary!"

The EBONY Power 100 List recognizes individuals who have had a positive impact on the African-American community. Read the full list of honorees on EBONY.

Daymond John Gives Away $250K in Grants to Black Businesses

JAY-Z on Showcasing Black History in ‘The Harder They Fall’ 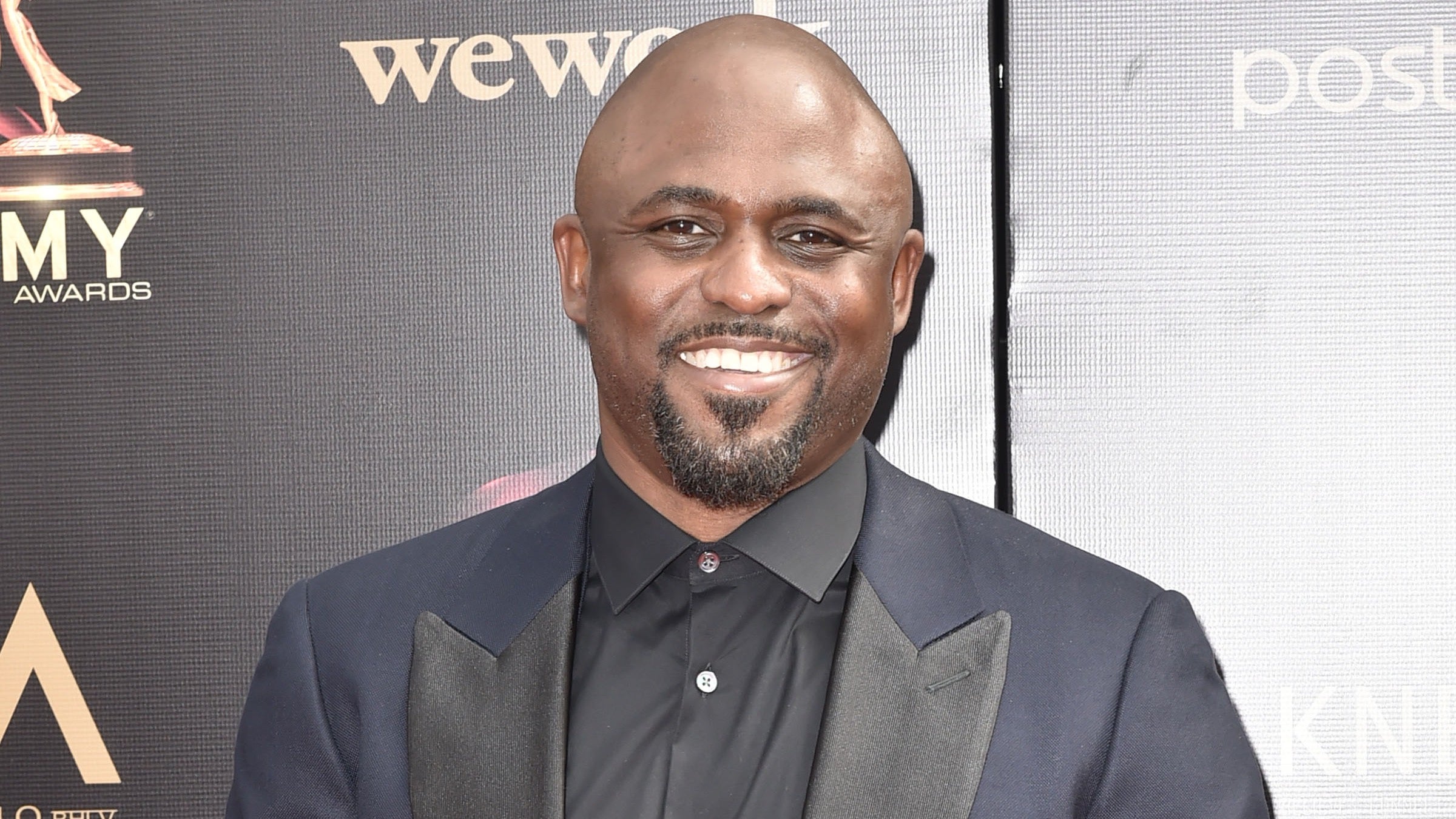 The Barbra Streisand Institute is launching at UCLA

Students will soon be able to attend The Barbra Streisand Institute at UCLA.

“Halloween Kills” may be available to watch at home, but the latest installment in the Michael Myers saga is making a killing at the North American box office in its first weekend in theaters. The David Gordon Green-directed horror scared up $50.4 million from 3,705 locations, according to studio estimates Sunday.

More than 200,000 origami boxes are honoring victims of gun violence in Washington D.C.