Yes, you can have Covid-19 and the flu at the same time. Here's what that could look like

There's not much data on how many people had the flu and COVID-19 simultaneously.

Twenty years after 9/11, the changes the attacks brought to American life still reverberate across political and demographic lines. A new CNN Poll conducted by SSRS finds that 57% of Americans say the attacks impacted the way they live their life today and 68% say the attacks had an impact on Americans' individual rights and freedoms.

A video shows people laughing at a high school student as he discussed his grandmother's death from COVID-19 during a Tennessee school board meeting.

An investigation is underway after a woman was shot and killed in north St. Louis Tuesday afternoon.

In the '30s, it was Astaire and Rogers or Flynn and de Havilland. In the '40s, it was Bogart and Bacall. Actors that were so dynamic onscreen that they just kept making movies together -- finding new ways to capitalize on their chemistry as they fell in love in one film, then another, then another still. Today, we have Kristen Bell and Kirby Howell-Baptiste.

Maybe you'd liken them more to Ben Stiller and Owen Wilson, though you can't deny the love. And with Queenpins, the co-stars-turned-real-life friends-turned-repeat co-stars mark their fourth project together.

It started with a 2015 episode of Showtime's House of Cards, which cast Howell-Baptiste as a headhunter in a single scene opposite Bell's character. "Kirby was a guest star and I was just like, 'Oh, that is a very gorgeous, very talented actress who seems very nice,'" Bell tells ET's Nischelle Turner.

When House of Cards ended the next year, Bell transitioned to NBC's The Good Place and her next role as the recently deceased Arizonan, Eleanor Shellstrop. In season 3, Howell-Baptiste joined the cast as a romantic foil for William Jackson Harper's character, Chidi, and stuck around through the series finale. "When she was cast on The Good Place, it was a very quick friendship, I think," Bell says.

"We were working on and off together for two seasons on that, and then the Veronica Mars reboot came about," she recalls. In 2019, Hulu surprised fans of the prematurely canceled series by reviving it for eight new episodes. Veronica was now an adult detective in her own right and the show needed to cast an equally adult new friend for her.

"I was like, 'Well, there's literally only one person to play this role and that's Kirby,'" Bell says. Howell-Baptiste was cast as the sardonic owner of a local dive bar named Nicole. "And we got even closer on that."

Which brings us to Queenpins, a based-on-a-true-story comedy about the suburbanite besties behind the largest coupon counterfeit scam in U.S. history. Bell plays former Olympian and bored housewife Connie Kaminski, while Leslie Jones was originally cast as her friend and fellow saver, JoJo Johnson. When Jones departed the project, Bell knew the perfect person to continue playing her onscreen other half.

"I felt like the characters were supposed to have a lot of chemistry, so it was a very easy ask for Kirby and I to bring our relationship into this," Bell says.

"The one thing people talk about when they talk about acting is chemistry," Howell-Baptiste adds, "and you hope that you can build chemistry really quickly with the people you work with. But we were so lucky that we get on in real life -- we have a genuine friendship -- so it was just easy doing this film."

Queenpins is in theaters on Sept. 10 and streaming on Paramount+ on Sept. 30. 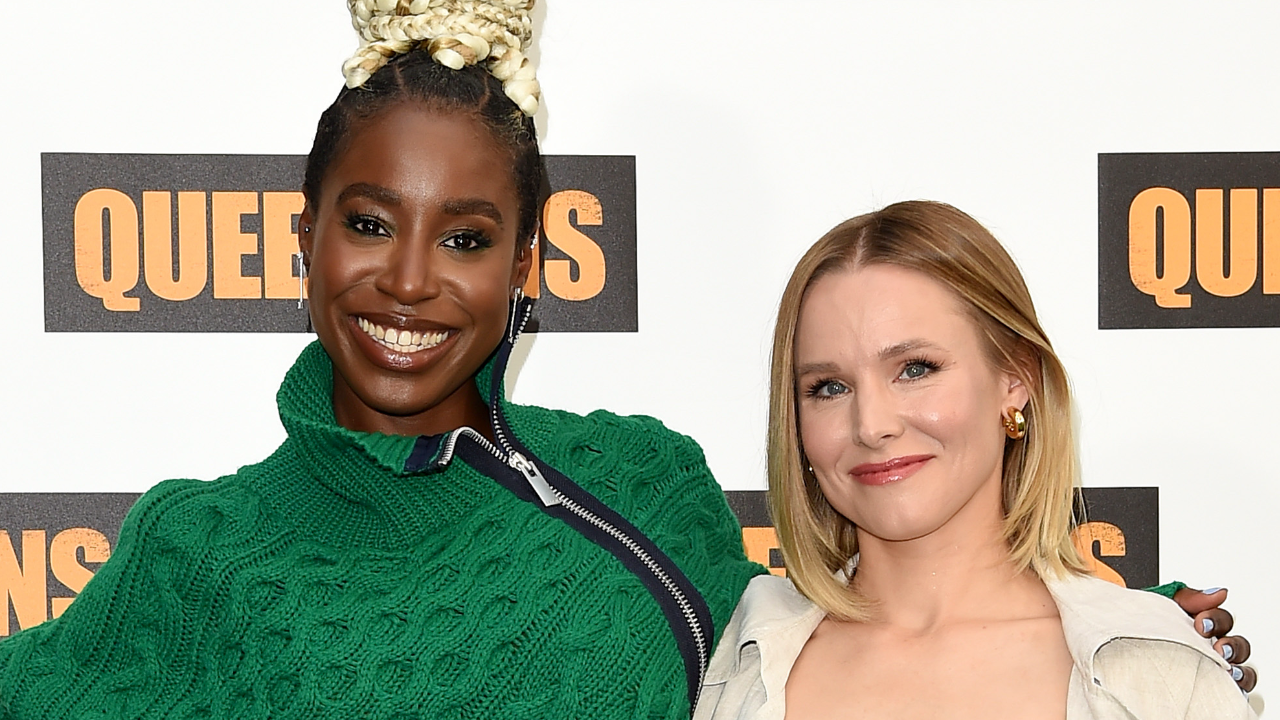 3 teens and 1 adult shot at SantaCaliGon Days in Independence

Three teens and an adult were shot late Sunday evening at the SantaCaliGon Days event in Independence. Police are still looking for the suspect.

The Food and Drug Administration is expected to approve Pfizer’s COVID vaccine for adults on Monday, according to a report from The New York Times.