Rachael Leigh Cook and Matthew Lillard are looking back at filming their iconic teen movie, She's All That. ET's Lauren Zima spoke to the pair ahead of the film's reboot, He's All That, debuting on Netflix on Aug. 27, and they spilled some behind-the-scenes details.

Cook and Lillard appear in the reboot, though not as their original characters, art nerd Lainey Boggs and reality star Brock Hudson. The 1999 film had plenty of now-familiar faces, including Freddie Prinze Jr., Gabrielle Union, Lil' Kim, Milo Ventimiglia and the late Paul Walker.

"I knew that I was in a really talented group, that's for sure," Cook says, looking back. "But did I think we would be in a reimagining 20 years later because that many people saw the movie? Look, I think that so many people in our version of the movie were huge successes in their own rights already at that point, so in that sense I don't think we can take any credit for it, but I certainly didn't know we'd be here, that's for sure."

Lillard adds, "Listen, when you're young and you're coming up in this industry, you're just trying to prove yourself and you don't know what movie is gonna be good and what movie is gonna be bad ... you just never expect anytime, like, how great is this movie gonna be? You just want to do the best you can and be the best actor you can."

Cook and Lillard definitely have great memories from filming, including Cook revealing that the late Walker dated a woman on set.

"I think I remember that Paul, rest in peace, went on some dates with Jodie [Lyn O'Keefe's] stand-in," she says. "Not Jodi. Yeah, so I remember Lil' Kim was there, I remember that we were all pretty jealous of her multiple looks and hair pieces, they were wonderful."

When it comes to filming He's All That, Cook shares that Dulé Hill, who played the popular Preston in She's All That, has a special connection with Tanner Buchanan, who plays Cameron Kweller -- the male version of Cook's character.

"Tanner Buchanan, who is in this one, and Dulé Hill are both expert tap dancers," she shares. "And Dulé was always tap dancing while we had a little break on set whenever we were filming ours and, yeah, Tanner was throwing on tap shoes whenever he had some time between scenes. I thought that was really cute."

Cook and Lillard share that there's plenty of nods in He's All That to its predecessor, including an epic dance sequence. This should come as no surprise given star Addison Rae's well-known dance skills on TikTok.

"It's so good, I just love it," Cook says. "Listen everybody, you should check out this movie because it's just delightful. But if you aren't feeling it for whatever reason, don't miss the dance-off. Fast forward and get to it, it's good I promise."

"I mean, those kids are so great, they're incredible," Lillard also gushes. "And now I follow them on TikTok! I'm TikToking... Addison Rae inspired greatness in me, so I'm coming for them and I'm gonna get to their numbers and she's gonna have some competition in that space."

Another cute nod to the original is Rae wearing a red dress. When it comes to Cook's own memorable red dress in the makeover scene of She's All That, she says she doesn't know what became of it.

"I don't have the dress," she notes. "I'm not a costume expert, but... I think it was mostly [nylon] and polyester, so it's probably disintegrated by this point."

"I didn't save anything [from the movie]," she adds. "I probably have a script and a call sheet in a box somewhere but I don't think I saved any physical items."

But some things last forever -- like Lillard's hilarious tattoo in the film.

"I do have that tattoo, that same tattoo that says 'me,' it's still there," Lillard shares. "I was very method at the early stages of my career."

Cook says she did speak to Prinze Jr. (Zack Siler) about appearing in the reboot, but it didn't end up working out.

"I did talk to Freddie about it briefly, he was in talks with the producers and I think he considered it, but didn't feel like there was a way that he could be organically involved with the script as it existed," she shares.  "But I was really happy that Matt wanted to do the movie, because I didn't want to be the only one."

Cook and Lillard are still friends, and note that even when seeing each other after a long period of time, their relationship remains unchanged.

"The weird thing about this business, that someone told me about on [my] first film 100 years ago, is that being in a movie is like being in a marriage with a built-in divorce. You sort of fall in love and feel like a family, and then go your separate ways," she says.

Lillard adds, "But the good thing about when you see each other it's like no time has passed. And you're friends."

He's All That streams on Netflix on Aug. 27.

ET spoke to Prinze Jr. in December about the reboot, and he said he was all for it.

"People forget, I saw on social media somebody wrote, 'How dare they remake She's All That?' I'm like, man, it's good with me. We were a remake of a remake of a play!" Prinze Jr. shared. "We were good with it and we gotta be good with it, too. Every generation should have their version of art that they connect to. I hope people aren't angry about it because if you want to go see it, cool. If you don't, cool."

"But it's for the next generation and we should be excited for that, that a story had that much of an impact that this business thinks they can make money on it again," he continued.

ET was on the set of the 1999 film, and Prinze Jr. gushed about Cook looking "stunning" during the film's makeover scene. Watch the video below for more.

'She's All That' Turns 20: Looking Back at the Hit Film With Rachael Leigh Cook (Exclusive)

First 'He's All That' Trailer Starring Addison Rae Is Here

Freddie Prinze Jr. Reacts to 'She's All That' Reboot (Exclusive)

Kourtney Kardashian Joins Addison Rae in 'She's All That' Remake 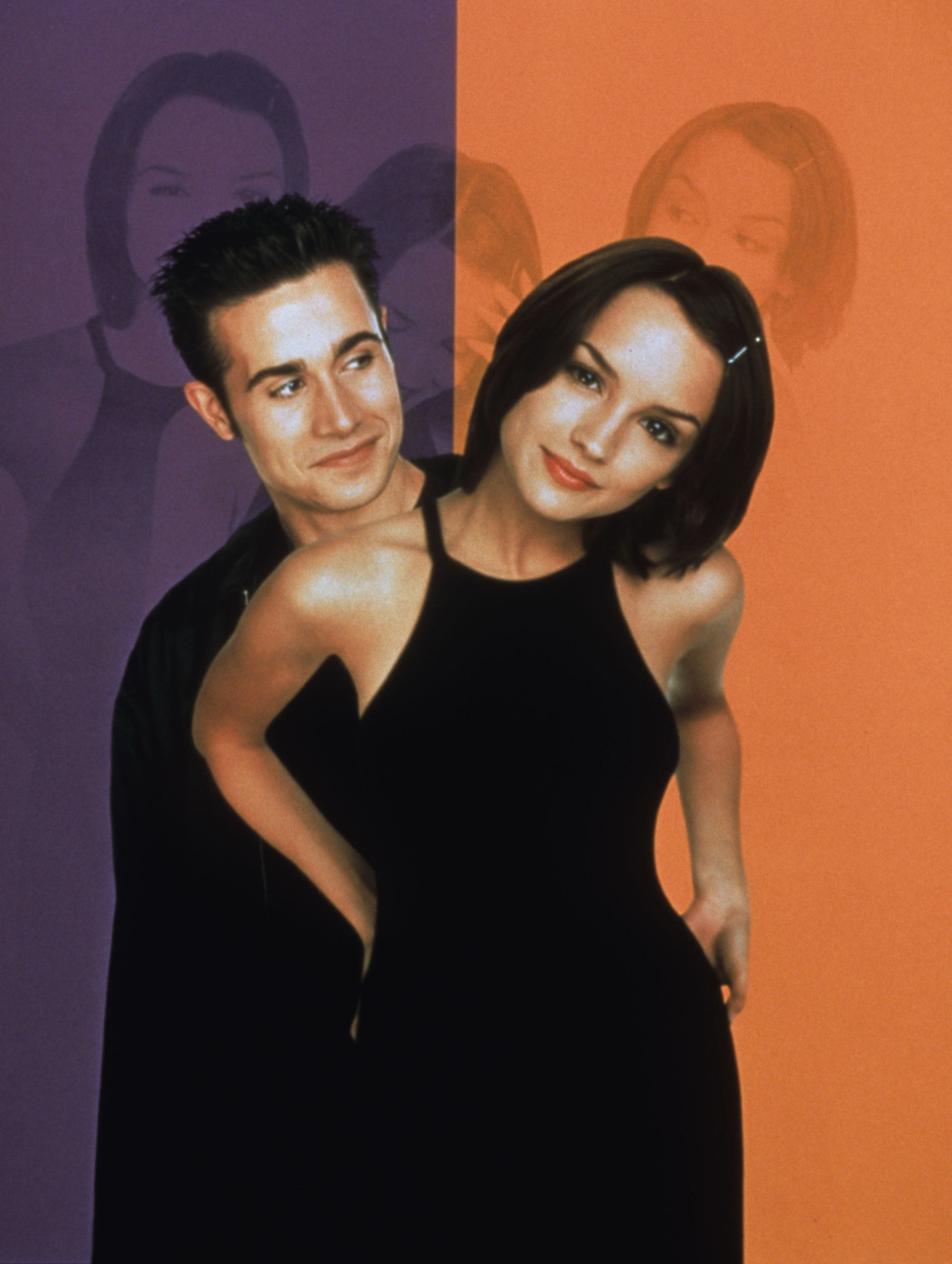 'At least' 4 horses dead after trailer catches fire on I-70 near Blue Springs, Grain Valley

Authorities investigating after 2 people are killed in accident involving train

The authorities in Miami County are investigating after two elderly people were killed in an accident involving a train while after Thanksgiving dinner.

The Missouri Highway Patrol and Sugar Creek Police Department are investigating a crash that resulted in two deaths on Friday evening.

The bells and lights at a railroad crossing in rural Miami County were sounding and flashing for hours, well into the night, after a crash involving a car and a train left two people dead.